during my holidays, I managed to do 2 SOTA activations. The initial plan was one in W4T and one in W4G. Unfortunately, the airline reduced the time for our road trip by one day, so I traded my hiking day in W4T with a quick 2nd activation in W4G. Due to FCC regulations, I had to use my German callsign so I was QRV as W4/DL9SBM instead of W4/HB9EKO. (Thank god I am still holding on to that license for sentimental purposes

I had my old FT-817 with me, the Z-817 Tuner and a 6m chinese fishing rod, to which I attached a vertical wire and a couple of radials. Since I never enhanced the TX/RX range, I took my FT-4XE with me in order to be able do communicate on repeaters and possibly some 2m SOTA. I left the FT-2D at home, since the TX range is not enhanced and I did not want to tamper with it while still under warranty.
Additionally, I took my 7" Android tablet for logging, my Pico paddle and a power bank with 12V output for jump-starting motorcycles. Thus, I managed to keep the weight of the equipment reasonably low.

I activated 2 summits while we were staying in Atlanta for a few days. Both of them were conveniently located and easily accessible, so they fit easily into our touristic programme.

W4G/CE-003 Stone Mountain:
This is a 1.5 km hike or a cable car summit, relatively flat on top. I found a convenient spot to sit down and place my vertical. Got most of my QSOs on 30m, a few on 20m. 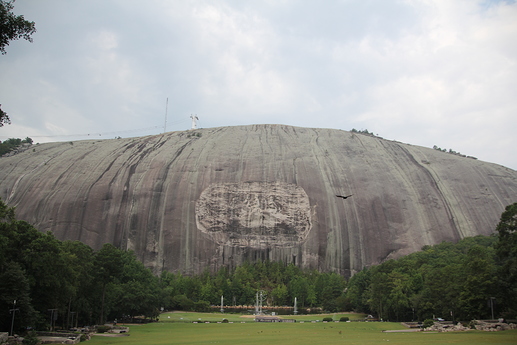 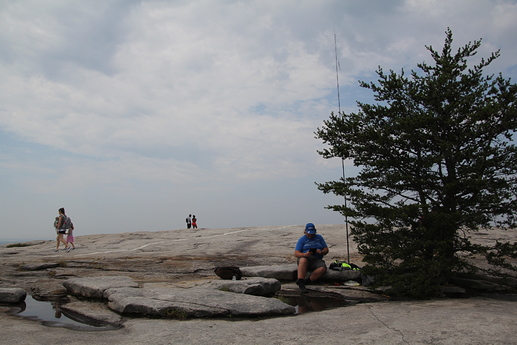 W4G/CE-001 Kennesaw Mountain:
This is a civil war battlefield memorial, it was a nice 1.5 km hike from the information centre. We were there relatively early, so there was not much hassle finding a place where to attach my vertical. Again, I had most of my contacts on 30m, a few on 20m including 1 DX to Turkey, which was a nice surprise, having only 5 watts. 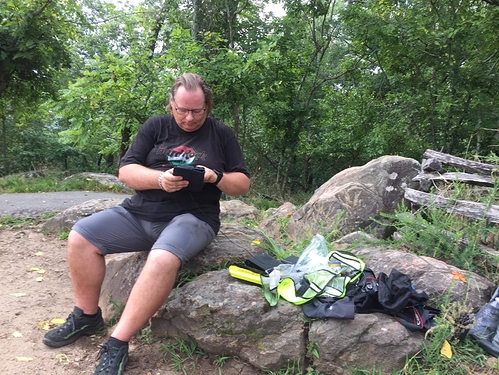 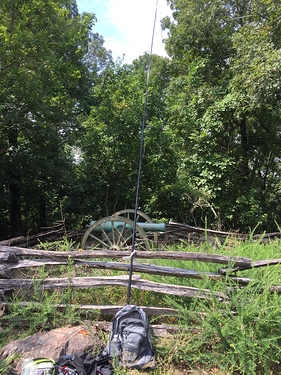 I tried to be QRV as early as possible on both days, trying to look for EU activators for a S2S, but unfortunately did not receive any of the ones who were spotted.
Anyway, it was nice to make 2 quick activations built into a family road trip from New Orleans to Savannah.

Lessons learnt: Since on both summits, cell phone coverage was pretty shaky, next time I would take the FT-2D with me in order to be able to spot via APRS, and either open one of the TRXs for 146-148 MHz before the trip, or just leave it since I hardly had any FM activity oh the trip anyway.

Come by W2 next time!

I love that moonscape on the Stone Mountain summit…