What? Aerial mobile!! A plane is a kind of motor vehicle…

No no, this is not a public declaration to confess I violated the rules by activating while operating on a plane above a summit…

Let’s go back to begin the story properly. Last Saturday the 10th, I climbed Mt. Bizkai 825m. It was a nice sunny day on a flat summit.

During the ascent I felt fear because the chase season started receintly and I heard a lot of shots around on my way up. I was happy to wear my bright red jacket so that I would not be confused with a bear or any other atracting animal… 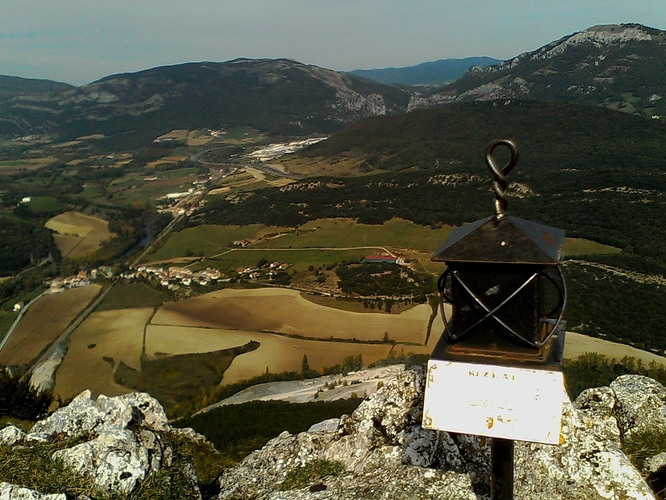 Activation started well on 20m SSB: a S2S contact with HG7WAV/P. Nevertheless something extrange happened with propagation as I could log no more DX, just a couple locals there.
After some dead calls I moved to 20m CW and, again, more dificulties… It seems RBN could not pick my signal and after sending a manual spot I just logged 3 more in my list, not the normal number I use to log! 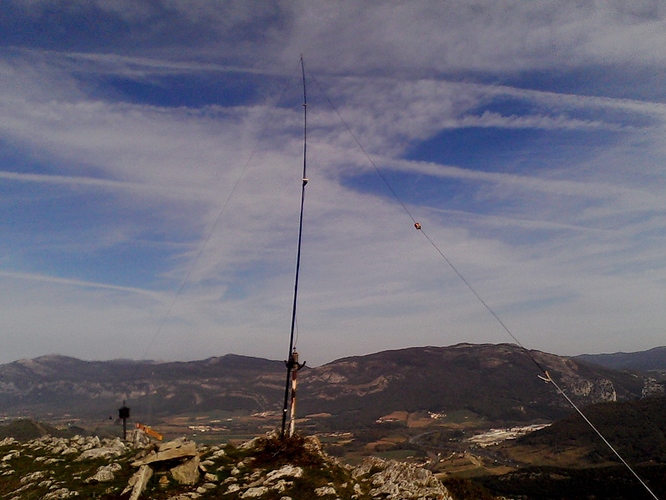 Seen the bad band condition I decided to give VHF an opportunity. I had taken with me a homebrew yagi and with it I logged a lot of qso, including 6 more S2S, as there were a lot of EA2 friends in mountains around. So good! Sometimes it’s much more complex when we try HF to get to a neighbor activation in progress. 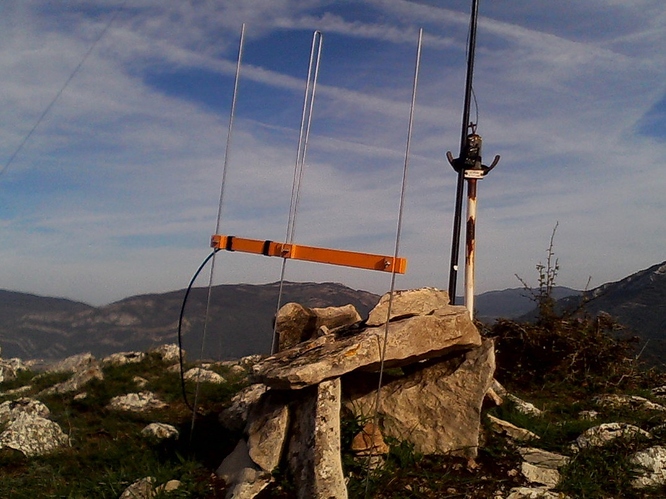 So where is the plane of the story? When I was about to end I received a strong call, and although the voice was loud, I heard an engine noise behind…
That was EA1ENT/AM, Op. Itus, calling from his ultralight aircraft while flying. He was flying at about 70 km South and we had a long chat. He didn’t know about SOTA and he explained that he is usually getting long distance contacts while flying. He’s got a rig and a 5/8 vertical assembled on the aircraft.
See a picture of his aircraft: 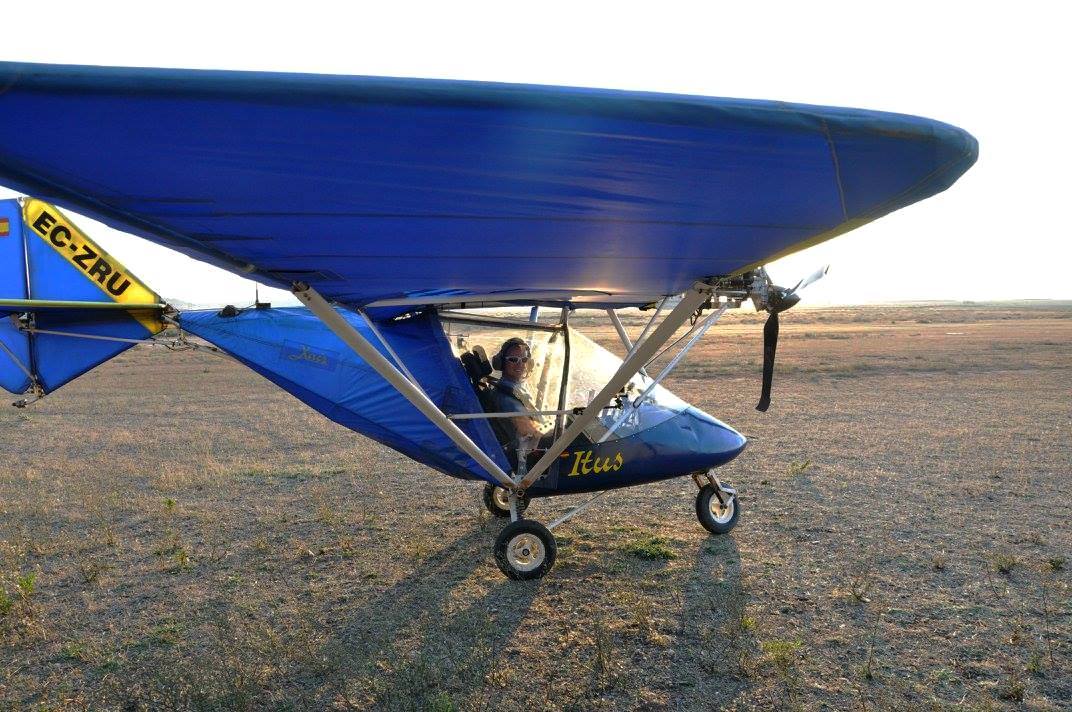 *Note the plane ID: ECZRU. Spanish planes start by EC as well as for some of our ham calls!

The best part of the story is he offered to give me a ride for free next summer.
Maybe I should take the chance and ask him for a ride in the Pyrenees? I could use a parachute and go to several huge mountains I guess…

Gastronomic tip of the day
Autumn is here since weeks. Leaves started to fall and there were some light rain in the last days.
Current warm temperatures and humidity contribute to growing wild mushrooms and fungi. I found several of them on the way, but I believe they were not edible. I post some pics of them.
Lots of people are enthusiastic about collecting mushrooms and you find in mountain paths a lot of such gourmets in our area. 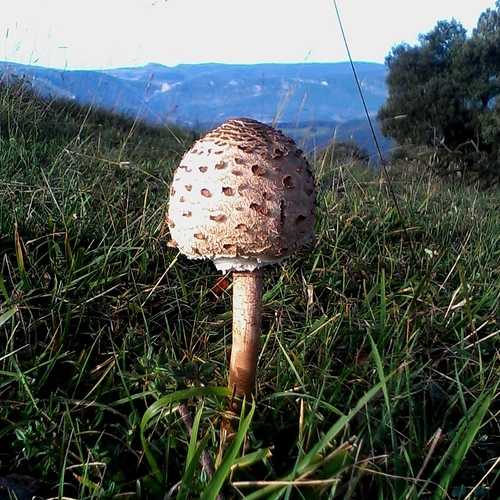 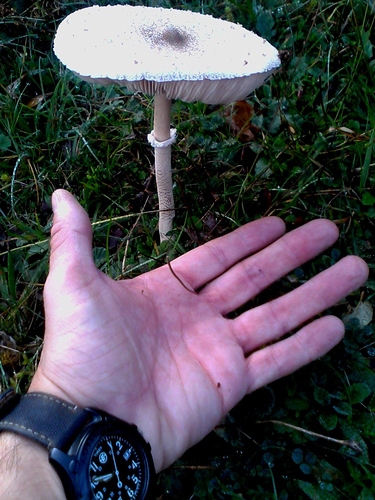 Big size! Should I try it as if I were Bear Grylls?

Orientation tip for reaching the summit
I started the hike at the village of Ochovi. As you are approaching the summit you find a red & while mark indicating not to get straight.
It is wrong: the vegetation and trees hide the summit and at that point it seems the mountain is bending down while it is not. You better continue and in some 500 meters you reach the true summit. 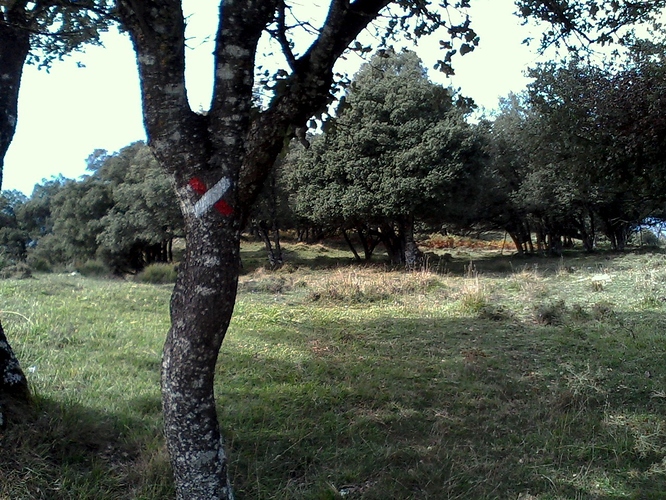 Bad mark saying not to get on. Ignore it!

Spanish planes start by EC as well as for some of our ham calls!

It is not just Spanish plane IDs that follow the same letter coding as our ham calls do. UK IDs start with G, US most often seem to start with N and most airline country IDs seem to follow a similar structure. (Having spent far too may hours sitting in airport terminals a few years ago)
Jim G0CQK

All aircraft tail numbers use ITU prefixes. The numbers are also their call signs for radio traffic.

The numbers are also their call signs for radio traffic.

Mostly yes. But not all. BA radio call signs are Speedbird ## and the number is unrelated to the aircraft ID. Speedbird 12 is always that same call for the same timed flight into Newcastle every day regardless of plane, and in the return flight it becomes Speedbird 13
Sorry to be a bit too pedantic.
Jim G0cqk

All mushroom are edible. Sometimes only once!

BTW Nice report. Looking forward to hear that you jump in to the mountains. Would it be a legal SOTA activation ?