A few days ago, I managed to active Pasterkopf, OE/TL-041.
The summit is not too far away from Munich, so I was surprised to be alone on the summit.

The view was nice, the weather was sunny, and I had some nice contacts. 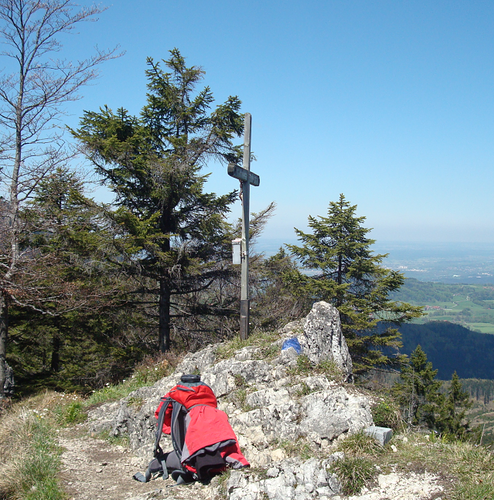 Last but not least: It was the first SOTA-activation of Pasterkopf.
Thanks to all the chasers, especially to my friends from the “DB0EL Morgenrunde”.

Here is the result of 16 QSOs: 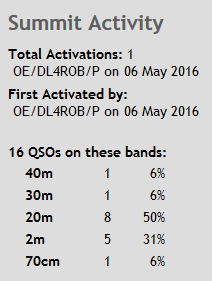 PS:
Here is the description of the tour, which helped me a lot, It is in German language.
http://www.tourentipp.de/de/touren/Pastaukopf-Pasterkopf-Bergwanderung_699.html

Congrats. I consider first activations something special.
“First Activated by” = "Original King of the Mountain"
to my 12-year-old-HT-toting-self!

…and here is the opposite: Yesterday, I activated Bodenschneid, DL/MF-041, a well-known summit near Munich.
I was not the first one to arrive… 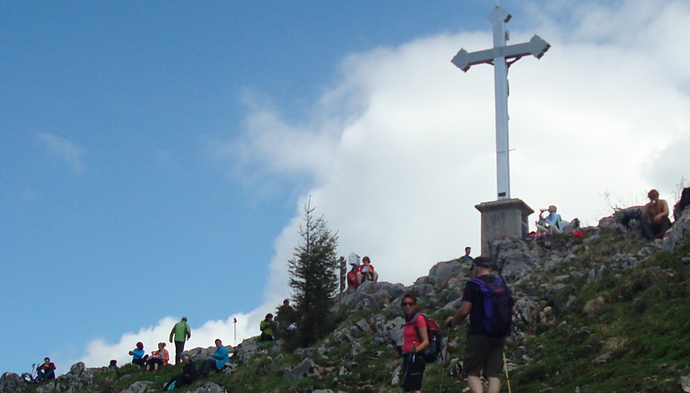