I’d been after doing Tal-y-fan for a while, after I got lost trying to follow my nose through Rowan to the parking place below Tal-y-fan, about a month back. I decided that it would be a nice one to take the family on.
This time I’d looked at the map and knew where I was going this time and not where, the sat nav wanted to take me. We arrived at the parking spot just next to where the route up Tal-y-fan starts. In true North Wales fashion, the rain arrived as we exited the car. So, it was on with the waterproofs and off we set. The kids loved it, which is strange as we have moans when the sun is out, but a bit of rain and lots of splashing around in any puddle they can find, and all is well and good.
We made haste to the Summit and I set up a tarp to try and keep the rain and wind off the family whilst they ate my Christmas jelly babies! Yes, you heard correctly, the jelly babies that the father-in-law (H0HXR) etal had bought me for a Christmas present had been smuggled out of the house under my nose by the XYL, were being scoffed by the lot of them under the tarp. I managed to rescue three of the little sugary delights, well two of them as the mutt managed to get his little beak on one! Anyway, the wind was blowing a gale, the rain was horizonal. This was one of those activations that you let all the chasers know it was going to be quick one and to be fair they were all great with not a ragchew in sight. 7 QSO’s in 5 minutes and it was job done, which was just as well, as the wind had ripped one of the pegs out and the others were following. Its worthy of mention here that I was also feeling the cold, as the kids had also ‘acquired’ all my warm kit to keep themselves even warmer whist under the tarp.
With everything packed away in short order, it was off back down the mountain to the car and home for tea and biscuits. I had offered a trip to a café in Betwys-y-coed, but apparently no one wanted to sit around in wet undies! Personally, I would never let a pair of wet undies come between me and a brew with some carrot cake! 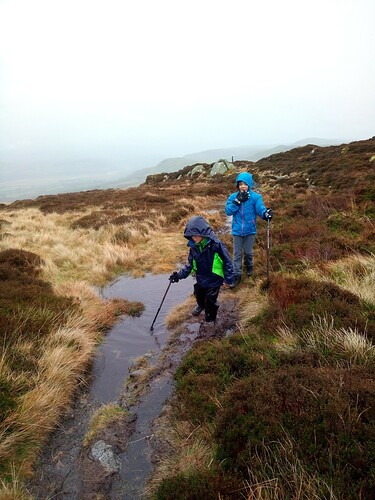 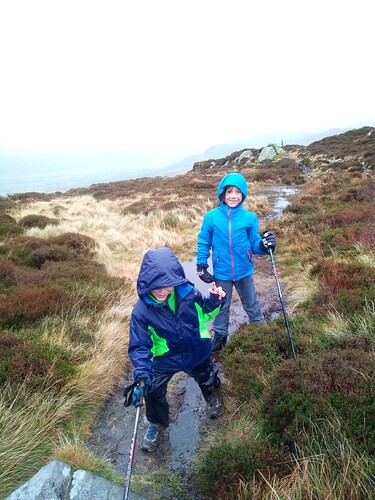 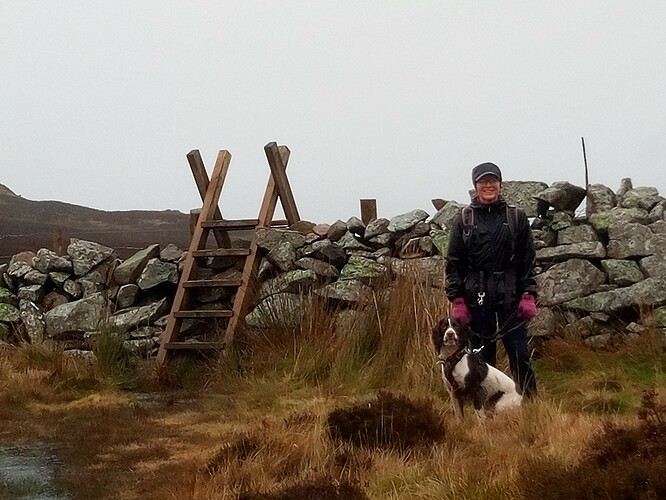 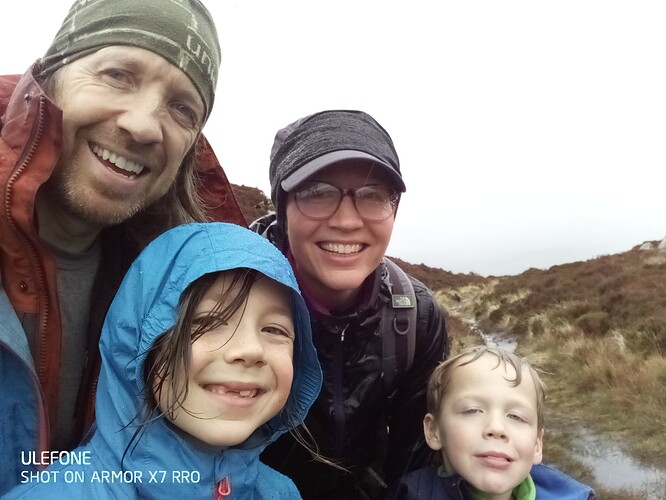 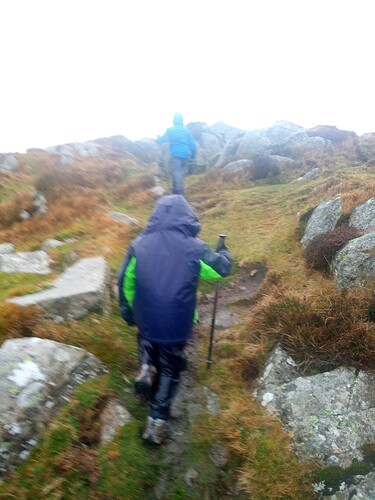 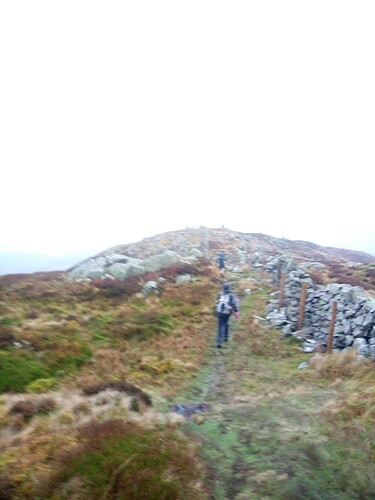 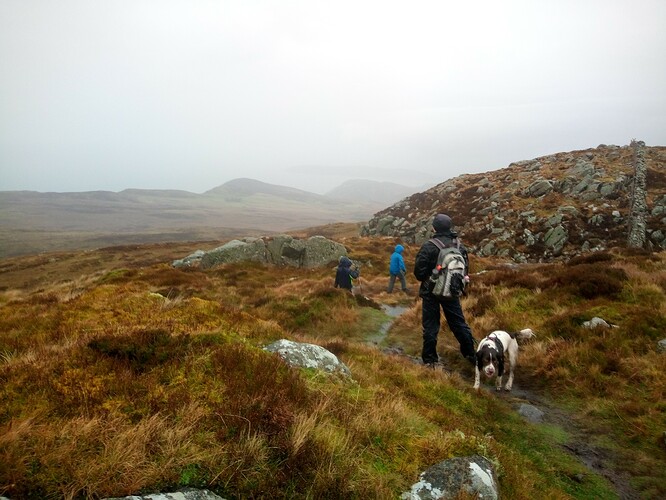 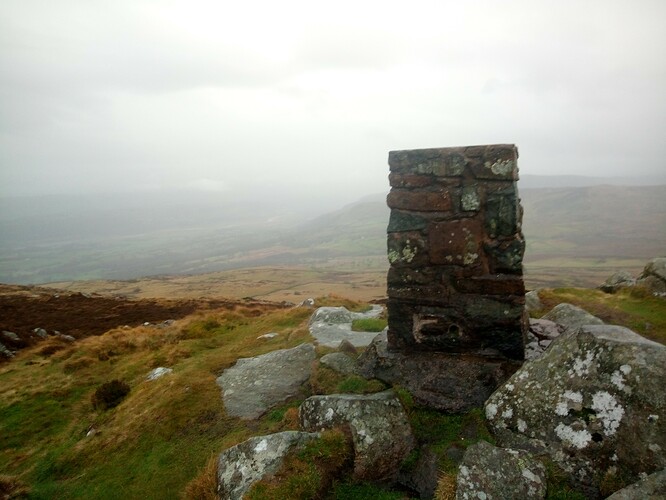 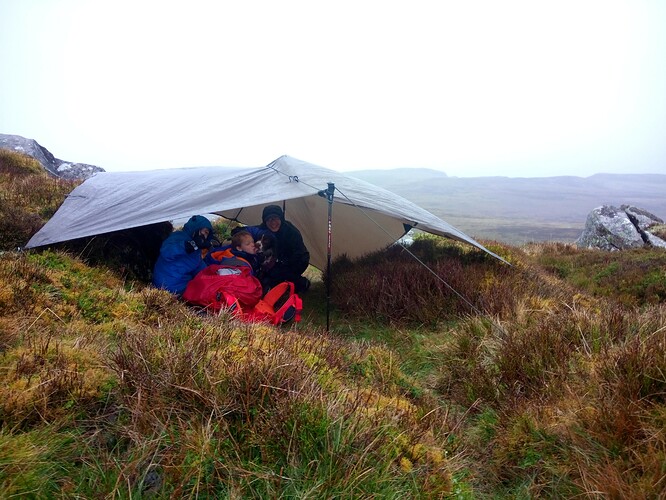 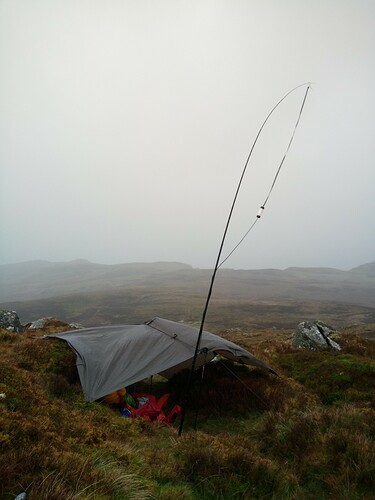 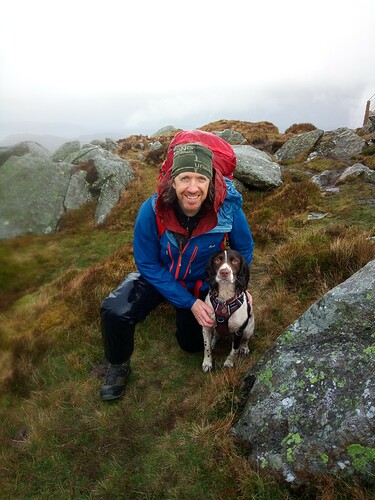 What a wonderful humorous report and photos… a real family activation. Sorry I’m not in your log but that’s a difficult one for me.

Hi Richard, great write up & nice photo’s, just check your thread title as GW/NW-044 is Moel Famau I think, Tal-y-Fan is GW/NW-040 according to the database.

Catch you on the next one