I had the use of this morning for SOTA, so I decided to try 160m again. Pendle Hill G/SP-005 is one of my local summits, it only takes about 40mins drive from home to the parking place.

I set my alarm on my wrist watch for 5am, I didn’t set my alarm clock as that seems to wake up the whole house! It seems as though my wrist watch alarm doesn’t work or is too quiet because my wife woke me at 6.45am by asking ‘I thought you were getting up at 5am?’ Ooops!

I had intended to be set up and on the air from around sun rise on Pendle to try to catch some good propagation on Top Band, I only have 5 watts capability so I need as much help as I can get.

I was dressed and out of the house with toast in hand not long after 7am. The car was pretty frozen up, so after scraping the ice off the windscreen, I sat in the car eating my toast whilst the heaters worked on the ice frozen on to the INSIDE of the windscreen. After quite an ‘exciting’ drive along some icy rural roads I arrived at the parking place at around 8am.

I managed to gain the trig point at around 0830, the sun was well on it’s way up in to the sky, a few photographers were recording it’s steady progress against the icy looking distance.

I had intended to be on air much earlier but I still thought I’d give 160m a try. I sent a few 'v’s in CW to check the VSWR of the antenna, I used the G4YSS loading coils again and had pre-set them to the same setting I’d used last time from Rombald’s Moor G/NP-028. The FT817 seemed pretty happy with the antenna, showing no reflected power. I was getting my note book ready when I heard ‘?’ in CW, it seemed that somebody was waiting for me!

I sent ‘QRL?’ to which Phil G4OBK responded with a very strong 589 signal from Pickering, giving me a 579 report. I’m still getting used to using the lower HF bands, I had been studying the FT817 user manual and it recommended switching off the preamp (IPO) on these bands. I hear that people suffer lots of noise on 160m there wasn’t much difference with the preamp on and off today in terms of noise level, but it did improve the incoming signal’s strength a great deal. I was also playing with the narrow CW filter, although there was no QRM, the use of the filter knocked out more noise, making reception even more easier.

Mark G0VOF was next in to the log, Mark was a good 599 signal with me but as I was not concentrating properly I ended up sending him 559 report. Messing with some of the settings etc had made me think that Mark’s signal wasn’t as strong as Phil’s but actually it was a little bit stronger.

I was to forget all of the above whilst trying to work Roy G4SSH for my 3rd contact. Roy me a 229 report and he copied my 339 report to him so we had managed the contact, just!

Calling CQ produced no further contacts, conditions were simply not in favour of QRP, it was too late in the morning at just after 9am.

I worked Ken, G3XQE, on 40m CW to qualify the summit and get my much needed 5 points in the bag - thanks Ken!

I then thought for something new, I’d try the FT817 on 40m SSB - not something that I’ve done before - I’ve used it on VHF and UHF, but not on HF for voice. I twiddled the dial for ages trying to find a gap in all the contest traffic. I found a lovely spot with no responses to ‘Is this frequency in use?’. I started typing out an SMS spot and then a contest station started calling CQ!

I then went on the hunt again for a clear frequency but really struggled. The frequency I chose in the end was a poor choice, I worked a handful of stations but had to give up as the contest QRM got heavier.

I will give 40m SSB another go, it seems as though QRP SSB would work well given a nice clear frequency, maybe it would be possible on a week day when there are no contests on. 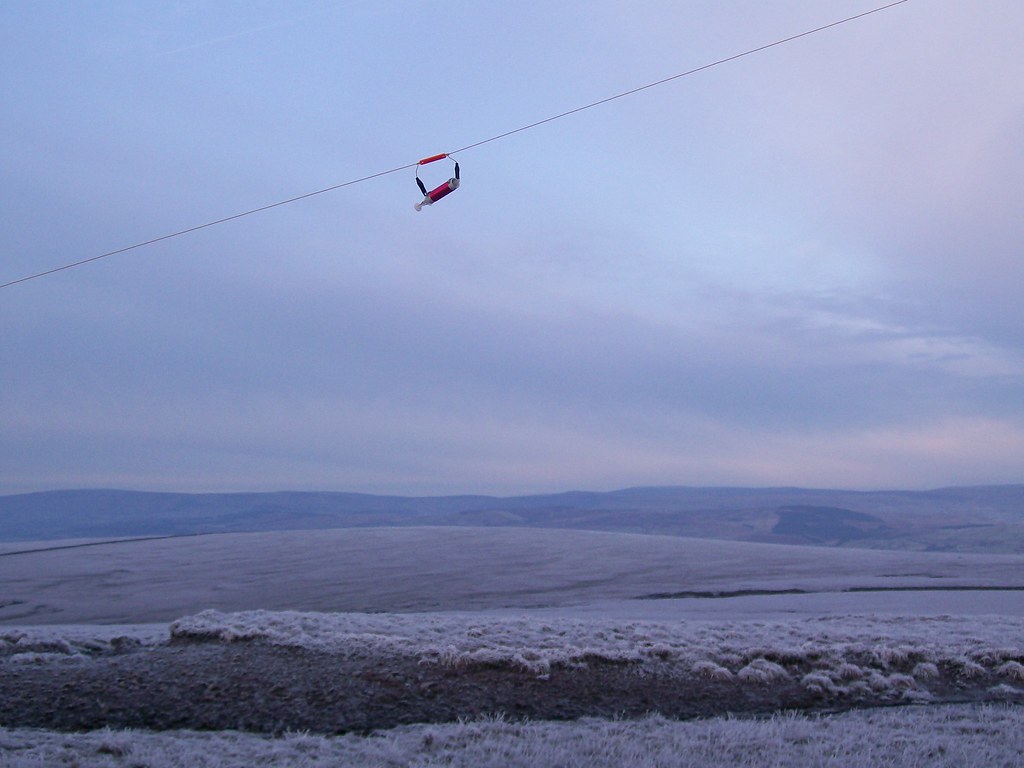 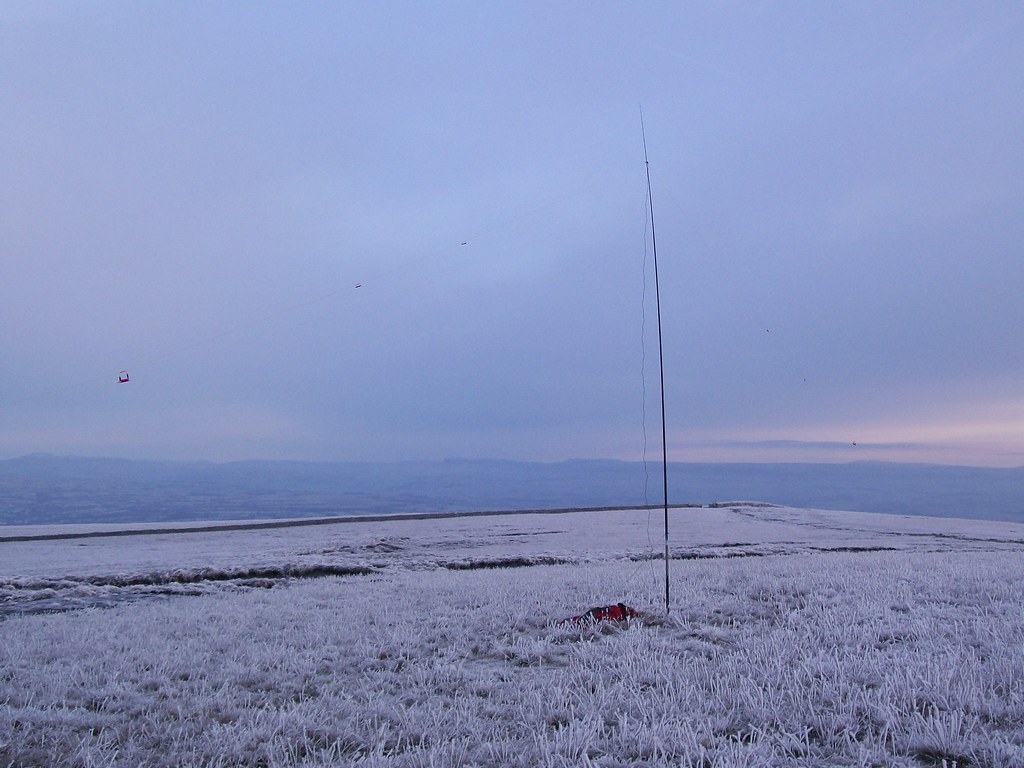 All in all a good activation, the weather was pretty kind, although it was pretty cold of course, I found that my chocolate bar had frozen when I came to try to eat it on the descent

73 and thanks to all callers, sorry it was just a short activation this time.

You did well indeed. On 160 there was just noise when I listened on my 897D but then I then I only have a end fed wire for that band. On 40m it was a nightmare today with QRM and has been for weeks even without a contest. I think you are right about a week day.

Thanks for the interesting report & for the Top Band contact last Sunday. I was only using my 80m horizontal loop as it was too windy on Saturday to put my vertical up. I was monitoring 1832KHz for a while & heard you setting up. You were a genuine 599 here in Blackburn, actually stronger than Phil G4OBK who I could hear working you.

The photos are excellent & it looks like you have made a very good job of the G4YSS Top Band loading coils and Pendle does look a little cold! It was a shame you didn’t manage to make 4 contacts and although Kevin G0NUP did call you a couple of times, you did not hear him well enough for a QSO.

I really must get round to uploading the video of my Top Band activation of Pendle Hill back in September, in much warmer weather

Congratulations on only the second Top Band activation of Pendle Hill in the history of SOTA.

In reply to M0CGH:
Hi Colin, Nice report and enjoyed looking at your photos. Nice to know the system is working so well with 5 Watts. I would not like to contemplate the efficiency of the arrangement but like a mobile whip at LF, it works sufficiently well. Keep up the great work on 160m. You are working more QSO’s with QRP than I thought you would. 73, John.