I had planned an 0800 departure but the extra 1hr in bed with M6HMA/XYL seemed more appealing in the final analysis (!!!) and so one left at 0900 with two daughters in tow! We duly parked at the dog-leg in the road below Corndon Hill in near-still conditions. The ascent began and by the time the top was reached it had become exceedingly drafty!!!

3-element SOTA beam was erected and contact with G3UDA established on 2m SSB. However, the wind was so strong that the carbon fibre fishing pole broke and the dipole ended up on the ground with vertical polarisation! Cross-polarisation mis-match (and earthing of one side of the dipole (!!)) notwithstanding, QSO with G3UDA was maintained and he advised me of a London QSO so I went QRT for a bit and reduced the antenna height to eliminate the broken carbon-fibre section (or hoisted a smaller jib-sheet (No.3, as oppose to No. 1, if my memory is correct (if you’re a sailor)!!!).

QSO with G2BOF in London then proceeded. Two more QSO’s were then achieved fairly quickly and one went QRT in order to activate the next summits. My daughters were in charge of photography but didn’t want to hang around in the wind so there are just 2 photos which sum up the day’s activities and can be found at: 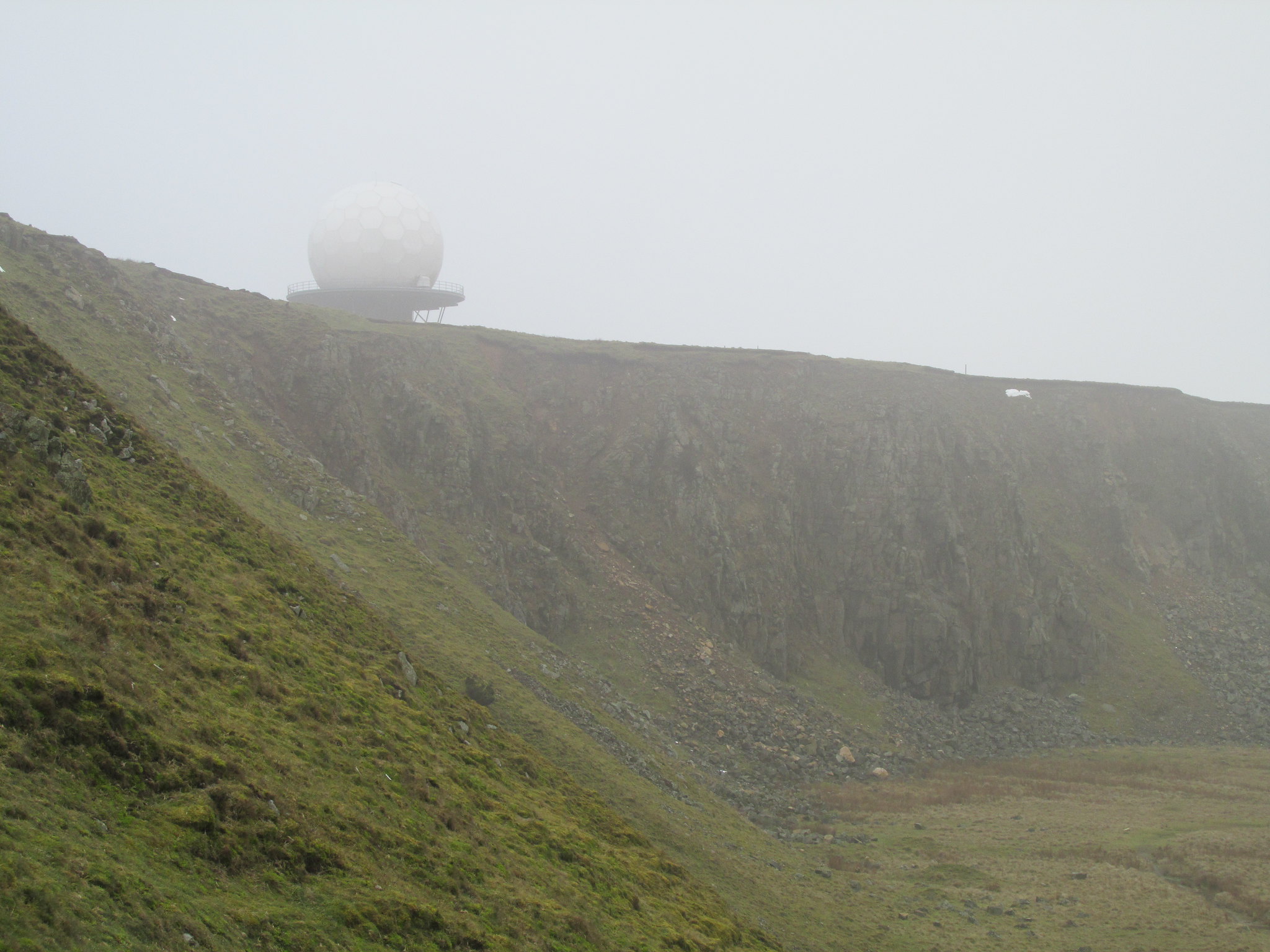 We drove to the Stiperstones car park and first QSO came at 12:27. I was met by a G3 on the summit (sans-radio) but he arranged for me to have a QSO with his cousin, G8LUV, in Leics. Given the damage to the fishing pole, I had decided to stick with 2m FM., using the Yaesu FT-817 and SOTAbeams vertical dipole. The wind was much less as I’d set up next to the cliff-face of the summit tor on the east side but still managed a QSO with MW0RHD, just beyond Pwllheli.

15 QSO’s later and we were heading for Pole Bank, Long Mynd, G/WB-005. A slow start soon produced 9 contacts. The two daughters returned to the car almost immediately as the wind seemed to be getting colder.

Many thanks indeed to all the chasers and particularly to those who posted SOTAspots for me. If any chaser failed to make a QSO then I do apologise (I’m a keen chaser as well and without chasers there cannot be activators) - I wasn’t keen to pro-long proceedings after pile-ups had been cleared because of the wind-chill factor. I did wait a little bit after making final calls.

PS. I now give my name as “Al” on-air as it is much easier (especially in morse). I am very happy to be called Al or Alastair.