A change in plan today from my planned walk - Great Knoutberry Hill (G/NP-015). Wild Boar Fell remains my favorite NP summit and today as we were driving past we noticed there were no cattle in the field needed for the approach. Being a relatively new dog owner I’m extremely nervous about the combination of dogs and cows – to the point that I had saved this walk for the winter bonus – assuming we were allowed out.
(I park at 783997 and approach from the East- the path is dry, and I enjoy the excellent view over the Victorian engineering of the Settle Carlisle railway) 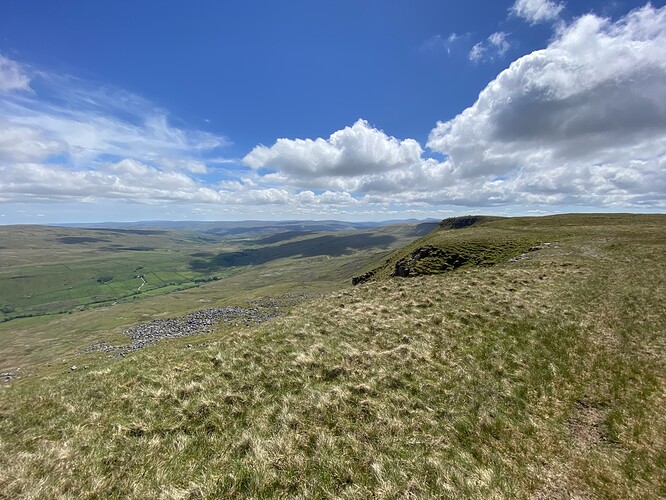 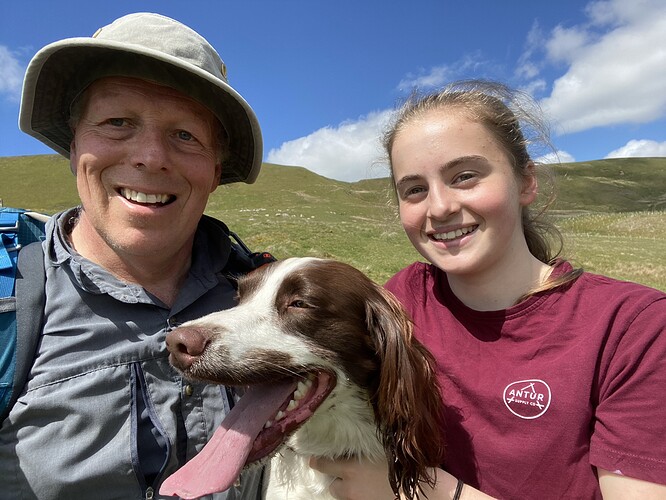 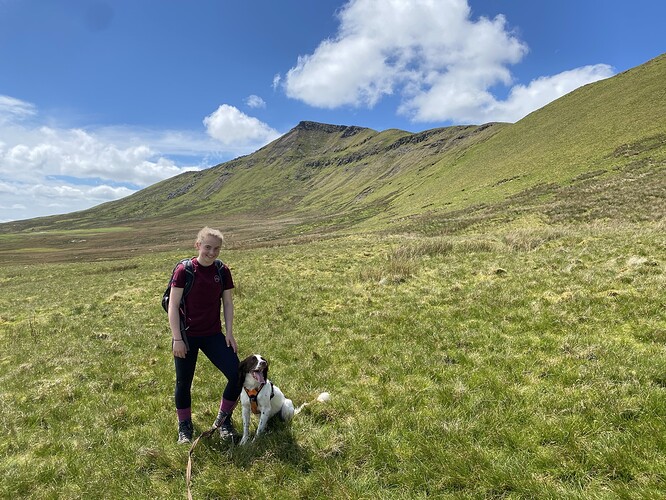 Still getting used to the KX2 – really impressed with battery consumption, the clock which is handy for logging and the ability to record the CQ call allowing time to try and manage the spot, but at times miss the extra power that I used to carry up in the form on a 50w amplifier. Also used the Garmin InReach mini to spot as the phone signal was quite variable – thanks to Andy for the help with the system.
40m seemed rubbish today – lots of static and slightly longer skip. I called CQ for a while but had no chasers. I heard Karl 2E0FEH call me but there was not enough signal to exchange reports, so took out a couple of links and tried 20m – which I have always avoided for SOTA as it seems to be a band where it feels as if a three element beam and a Kw are needed to compete using SSB – but today it did work across most of Europe and at one stage I had 2 s2s calls in a s2s pileup!
So today – missing item – probably more food as I had assumed I was doing a shorter walk (Gt Knoutberry 4km + 175m climbing, Wild Boar Fell 6km and 425m climbing)
Bonus mystery item 2 more points!

Thanks again to all the chasers. Paul

Well done Paul and the team. Tried to listen when your spot came up but no luck as you know. Nice summit done many years ago with Barry M0IML.

73 and hope to get you on the next one

Thank you for the report of your activation and the beautiful pictures. We had an S2S around 12:38.

For me it is always like a little trip in my mind to one of the many interesting places in this world.

Thanks for all the comments - It was nice to work some S2S!

On Sunday I managed to get out again - this time on Scafell Pike G/LD-001, another mountain that I have not climbed in 20 years, and I can assure you that if my legs are anything to go by erosion has not made it much smaller! The weather was stunning - in the past I have been up in rain, wind, 30m visability but yesterday was clear and not too hot! We chose the corridor route from Seathwaite returning via Ruddy Gill. I started on 60m and managed 3 QSO’s - just and then put an unspotted call out on 2m and was swamped with calls - best DX Anglesea (GW), before having a very short try on 20m. By then - and after about an hour it was time to start the descent to be home in time for tea! This time the team was four strong - Matthew (oldest son), Katie and Woody - who was noticably quieter this morning when at “work”. 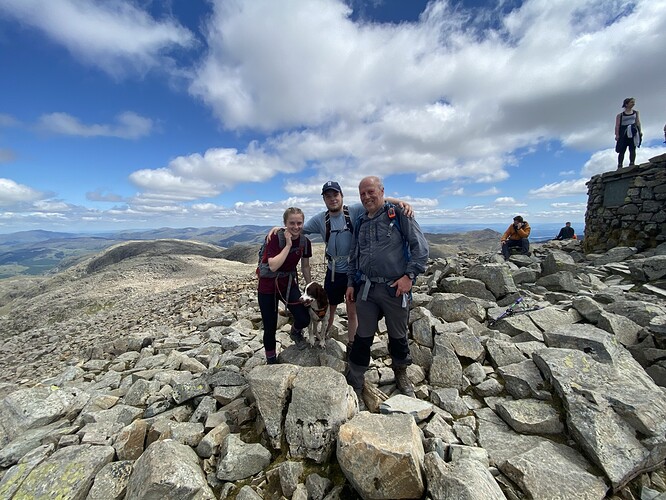 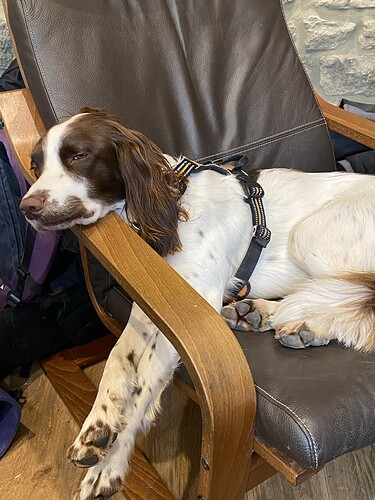