FL/SO-011 Le Petit Peyre at 194m isn’t the highest summit in France but it was in our path as we drive south towards the Pyrenees so I took the opportunity to do a quick activation. WARNING! This was a quick activation so I am padding this report out with a few tourist notes and photos.

The summit has a road over it but a thorough investigation yesterday using Google Street View suggested there would be nowhere to park our 3.5t campervan. So instead I parked in the village of Laparade and walked for about 20 minutes to the activation zone. If you look on Google Maps you will see the Aire de Jeux (Playground) marked and there is plenty of parking here. There are also good views if you make the very short walk to the village walls. The village stands above the River Lot close to where it flows into the River Garonne. 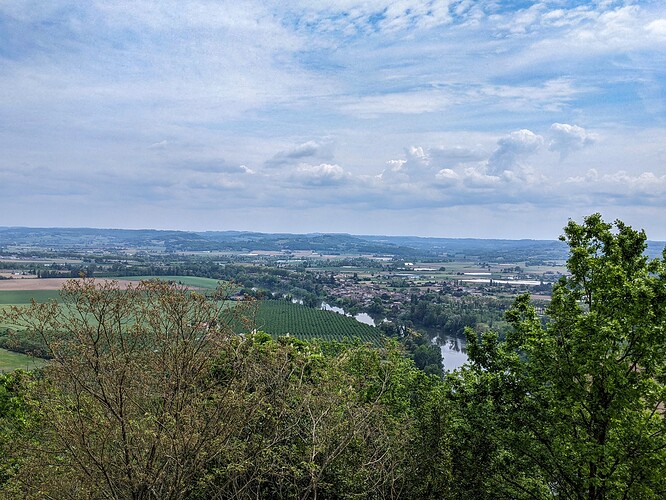 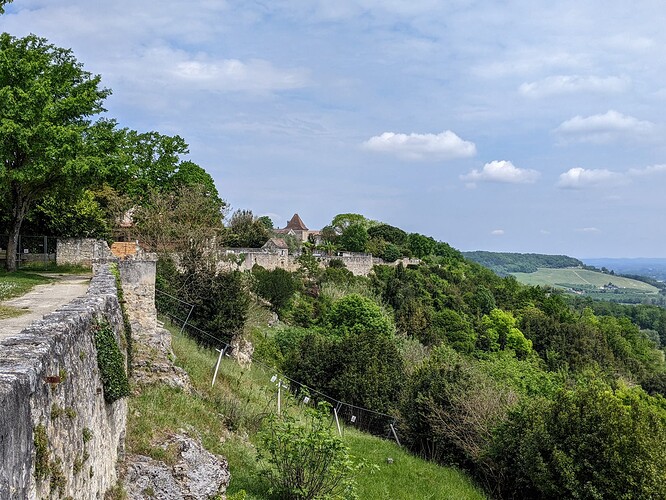 Laparade is a Bastide village, which are mainly found in South West France. Built in the 13th and 14th centuries they generally follow a grid pattern with a central square.

The name of the summit, Le Petit Peyre, defeated Google’s translation skills, returning only “The little peyre” which I had worked out for myself. Some deeper digging suggests “Peyre” is in the language of the Languedoc, or Langue d’Oc, meaning language of the Oc region. In this language Peyre is the name Peter and of course means a rock. So the name of this summit is The Little Rock. Or so I think! French speakers may disagree.

The activation zone on this rounded hill is large and with time pressing, my wife was aiming for lunch at 1400 local time, once I had crossed the 180m contour it was just a case of finding a suitable spot. In theory you could activate this summit at the 170m contour but it is so low every metre of ascent could only help.

This is where I stopped. Beside the road and in a field not under cultivation 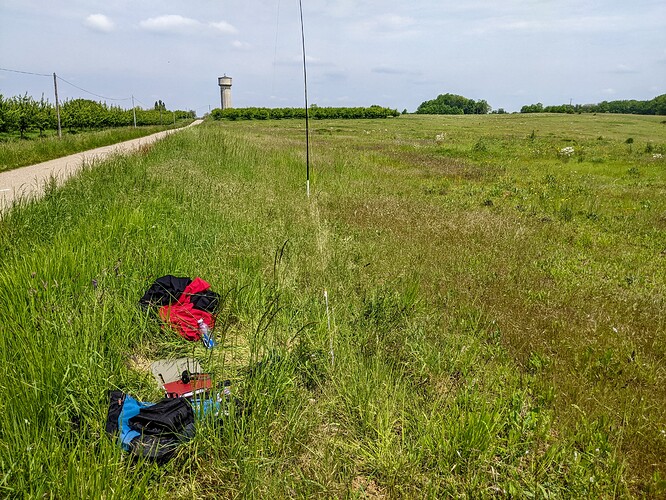 On the Locus mapping app it is here. 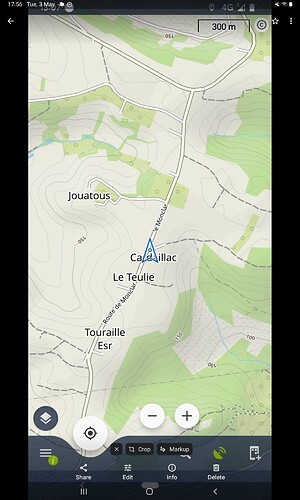 I had brought spare clothing but I didn’t need it. With the sun shining and no wind it was hot.

Finding a spare 40m frequency on 40m wasn’t difficult, it would have been different on a weekend, and after sending out a spot I started transmitting CQ. There were no replies!

I then noticed the radio was somehow set to USB. Oops! Changing to LSB was an improvement.

F4WBN Christian, F5JKK Éric and EA2DT Manuel came in one after the other. I had a difficult QSO with EA5FPL and I wasn’t sure we had completed it but I see he has logged it so I have done the same. EA1GKP followed before things went quiet. I changed to 20m SSB and added Axel DK2AJ into the log.

Received signal reports varied from 44 to 59 which I suspect may have been down to my position on this low hill.

The equipment used was an IC-705, AH-705 tuner, SotaBeams Carbon 6 pole and Bandspringer random wire with counterpoise which I chose for the ability to change bands quickly. 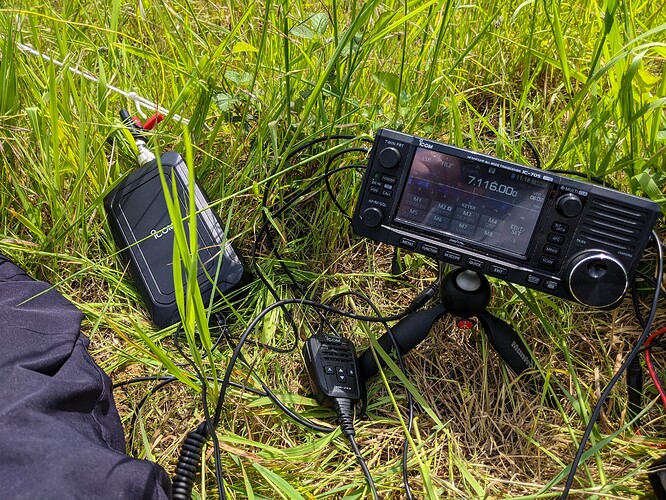 We have stopped for the night beside the River Garonne opposite where the River Tarn joins it. Thunder was rumbling earlier but it seems to have moved on and missed us although a few drops of rain are now falling. 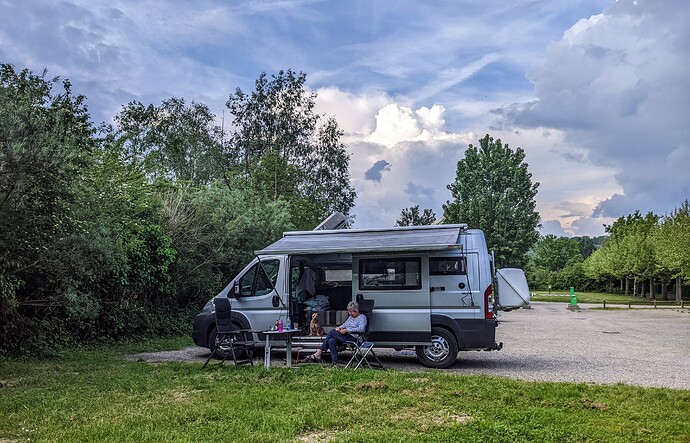 A huge thank you to all the chasers today. I was only active for 15 minutes but 6 QSOs logged and I made it back in time for lunch!

I forgot to add this screenshot showing where Le Petit Peyre is. It is the slightly lonely summit between Bordeaux and Toulouse and between the summits of the Massif Central to the east and those of the Pyrenees to the south. 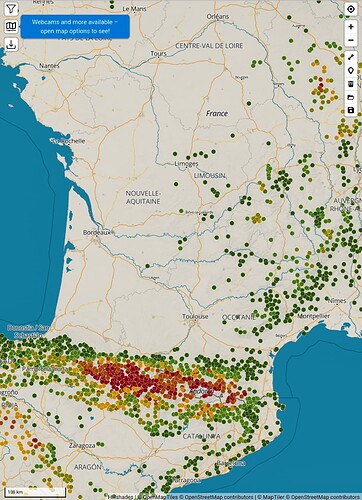 I am glad you had a good time activating the summit and the priorities of France are understood. Lunch !