Today I activated F/PE-376, Mont Saboth. My starting point was Camping Le Moulin at Matres-Tolosan. I rented a bicycle from them and cycled 14Km before walking for about 1.5Km on the path to the summit.

The summit is tree covered but there was sufficient room beside the path to set up. 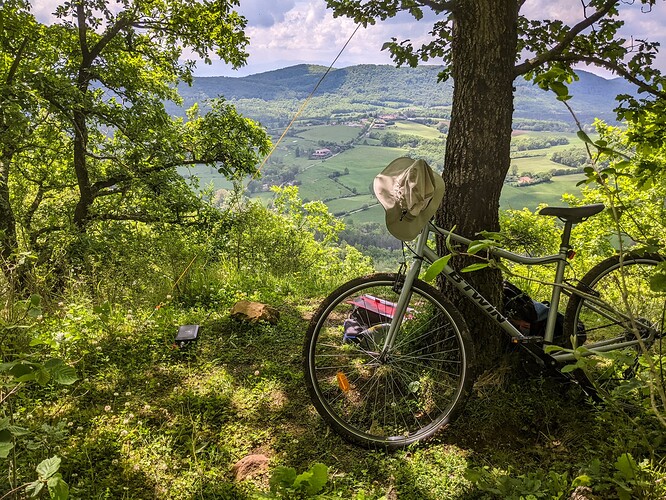 I lashed my 6m pole to a convenient tree! 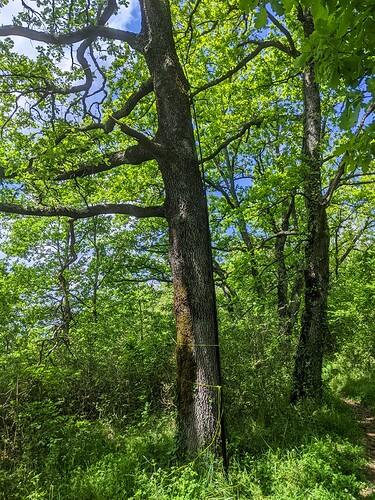 Opening on 40m SSB brought an immediate S2S with F4IVI/P on F/AM-557 who had seen my spot. F5JKK Éric followed before another S2S came through. CT2GSN/P in Northern Portugal on CT/MN-047.

Manuel EA2DT was next with 59 reports both ways. DJ5AV was the last 40m contact. I called CQ a few more times but it had gone quiet.

Switching to 20m SSB brought EA7GV from Granada, an operator I have had many QSOs with.

Still on 20m SSB DL2DXA and SP1JQJ were added to the log.

I wanted to try a higher band so spotted for 15m SSB but it brought no replies and I couldn’t hear any SSB traffic on the band.

15m CW was busier and finding a spare frequency and spotting found HB9AGH. I then tried to complete a S2S with HB9DGV/P on HB/BE-110 but it wasn’t to be. Another callsign came through but so fast it went over my head completely. I sent QRS several times but they didn’t or couldn’t slow down.

I played around on a few other bands including 12m SSB where I could hear a SOTA activator but they couldn’t hear me, as was the case on 17m SSB.

This is the view west from the summit which gives an idea of the wooded summits in this region. The tallest summit in the group on the right, not the one in the distance between the gap, is F/PE-285 which I did consider activating instead of F/PE-376 but the road up is steeper and I wasn’t sure my cycling legs were up for it! 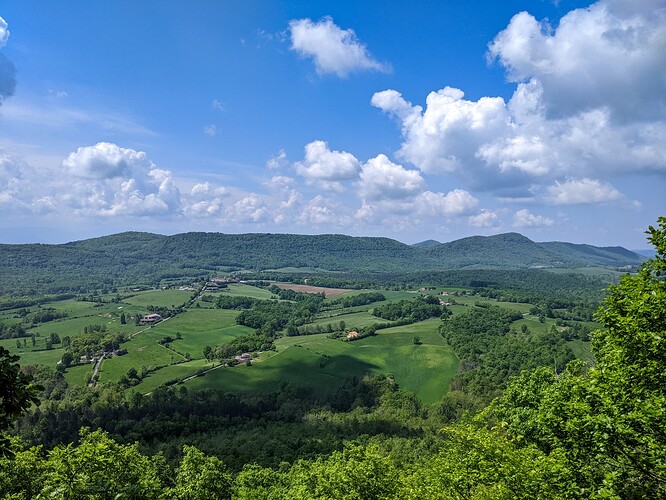 This is the map of QSOs plotted by Mark’s (@M0NOM) excellent online tool. 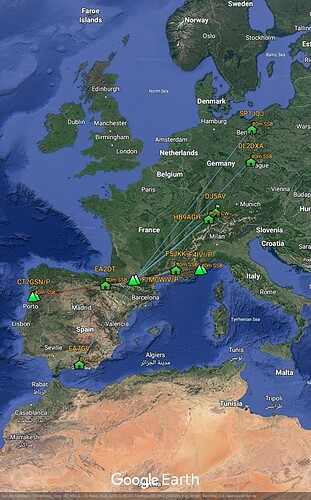 As always a huge thanks to all chasers and especially for the two S2S, sadly the third didn’t come off, it would have been my first CW S2S!

Equipment was the same as the last activation: IC-705, AH-705 tuner and Bandspringer wire.

This was my first cycling activation, it has been a few years since I last cycled. My legs seem to cope although I had to push it up the last hill! The bike had 8 gears but only a single front chainwheel. I need a bike with triple chainwheels at my age and fitness!

Tomorrow we are briefly going into Spain and will stop at a campsite very close to the unactivated 8 point EA3/LL-108. I’ve studied the maps and an activation isn’t on the cards. It looks like a 15Km+ hike to the summit and I suspect my legs are going to be stiff after today’s cycling! And if they are not stiff I will say they are and leave EA3/LL-108 for someone fitter!

For tonight I am going to celebrate with this: 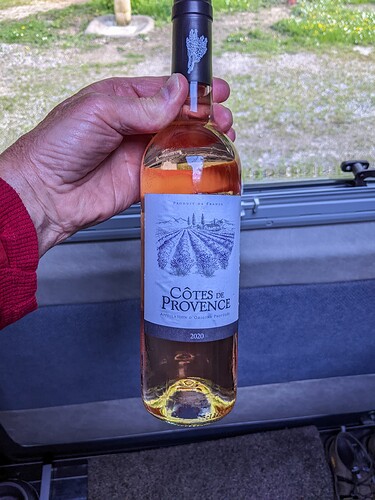 Great report John. That looked like a nice outing.

I suspect your bum will be worse than your legs if you’ve not cycled much recently!

Thanks for another great report John. Looks like a lovely spot to play radio from. Enjoy your drinkies tonight!

I suspect your bum will be worse than your legs if you’ve not cycled much recently!

I’m not sure why I forgot to mention that aspect! The seat on the bike was very solid and I didn’t bring any cycling shorts. If you had seen me on the road you would have seen my standing up on the pedals very frequently.

Wow very pretty scenery, those hill sure are covered in trees!
Mark.