After last week’s failure I was keen to try another activation this weekend. I picked Black Down G/SE-003 as the weather was forecast to be good and it provided an opportunity for a nice walk on the South Downs.

We walked to the trig point, which is in a relatively quiet part of the woods and made a good activation spot. It is quite exposed to the wind, so if I were doing a longer activation I would probably pick somewhere more sheltered.

Starting a little earlier than originally planned (and alerted). I set up the end-fed with the help of my XYL. I’d got a 4M travel sized pole on G4OBK’s recommendation which we tied to the trig point.

I fired up the KX2, tuned the antenna, set it to 10W SSB and called CQ a few times on 40m. No immediate response so I spotted myself, called CQ once more and the contacts started rolling in. It’s amazing how load and readable even a weak signal is when you have such a low noise floor!

It was pretty cold due to the wind and the XYL’s patience was beginning to wear thin, so I made sure there we no more chasers waiting and called it a day.

I had a great time and now have one whole SOTA point to my name. The first of many, I’m sure! 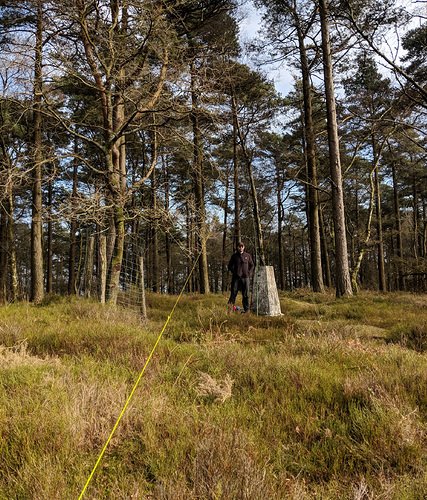 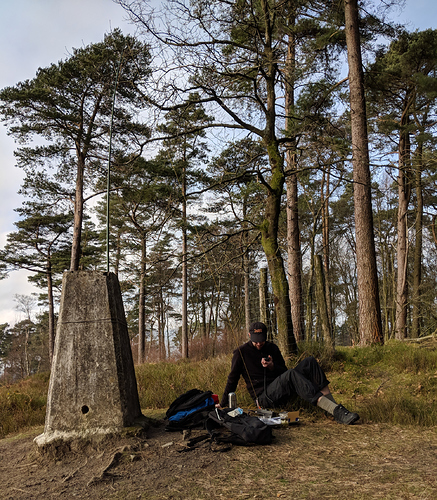