A nice trip around the GW 2 pointers

OK, as it’s getting very close to the end of SOTA bonus season, I thought I’d try and tackle all the GW 2 pointers which are also unique summits to me. So, I began my mission on Friday (11th March) heading up to the Llyn Peninsula in GW/NW land. I arrived in a rather large car park to start my ascent to a very windy summit of ‘Yr Eifl’ GW/NW-075. 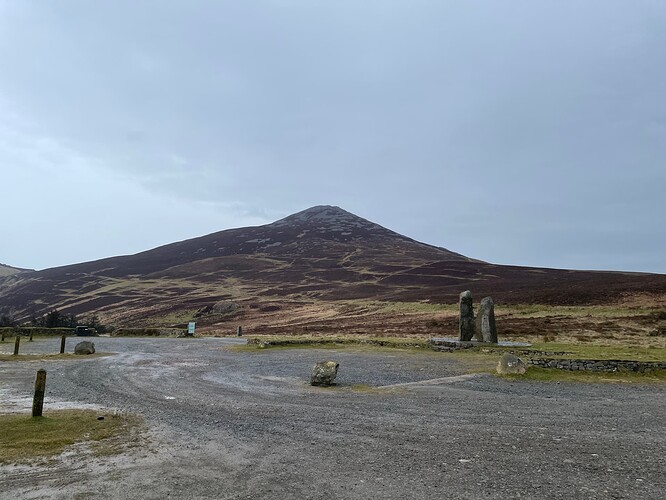 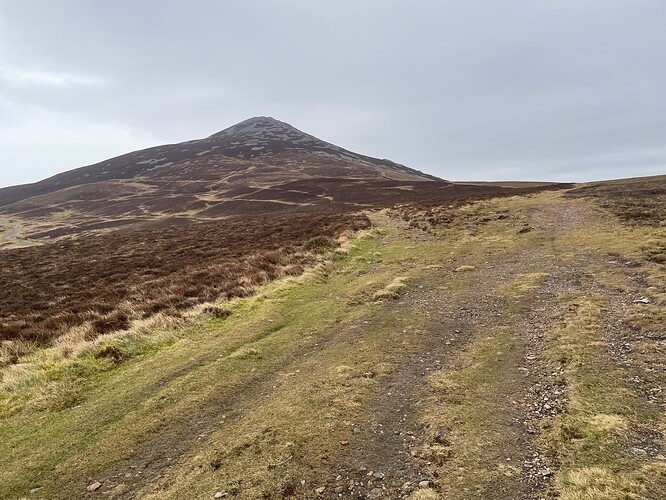 This was a short but steep hike taking me around 20 minutes to hit the top. As I approached the trig point, I had a nice surprise, a friend I speak to on the radio Phil MW0XTK was already there to greet me 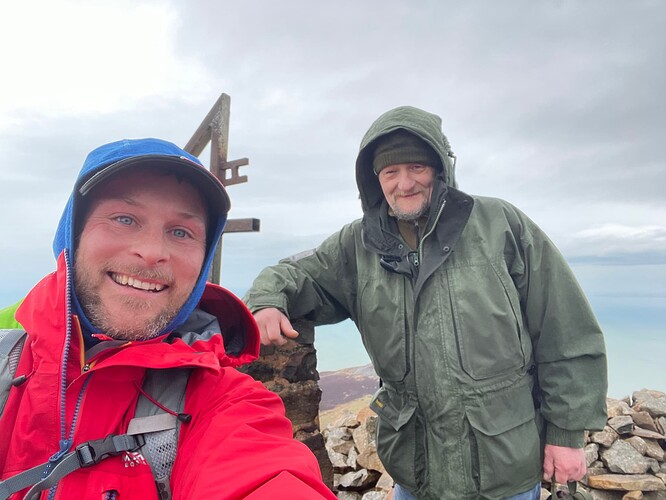 Because the wind was rather strong, I operated on the FT5D handy, managing to make 4 contacts and qualifying the summit. I then had a brief chat with Phil, who operated ‘Yr Eifl’ after me, being his first activation…. Well done buddy

and made for my descent. It was now time to tackle summit number two of the day, ‘Gyrn Ddu’ GW/NW-050 which was 25 minutes drive up the road. I managed to park up just below a farm in a grassy lay-by and made for my ascent. 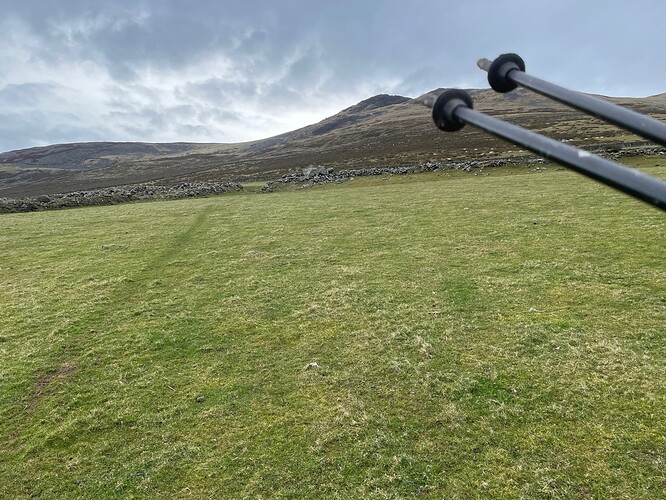 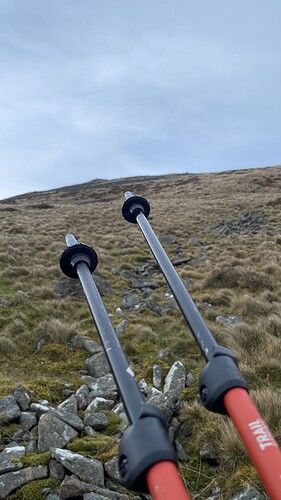 It was a nice climb until I reached the top of the rocks where the wind hit me from every direction. I had to find somewhere to duck and cover to avoid wind noise on my activation. This was hard as the wind was blowing from every direction. I managed to call out on S20, QSY’d to a free frequency and worked 8 stations itl with one being a S2S with Phil MW0XTK/P who was over on my neighbouring mountain. 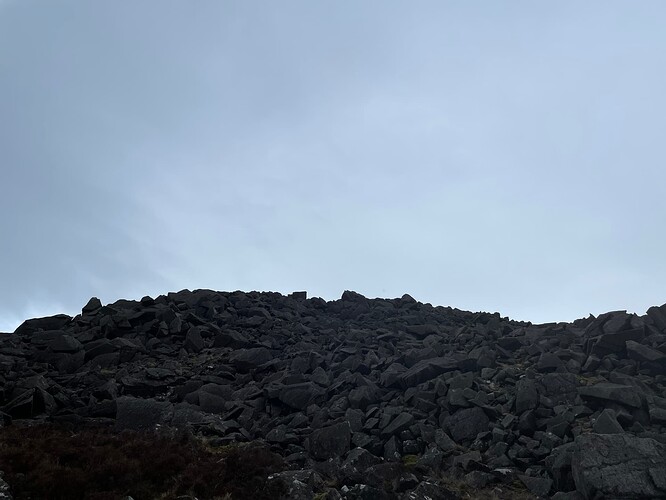 Put a final call out and made a run for it! Literally

reached my vehicle and had a sarnie and a cup of coffee. Now time to find the third and final summit of my day. I had a 45 minute drive heading West to arrive in a very remote small car park next to a nice reservoir. 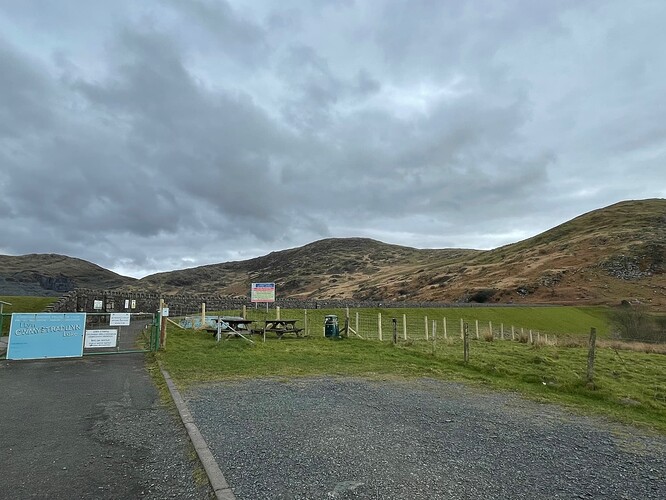 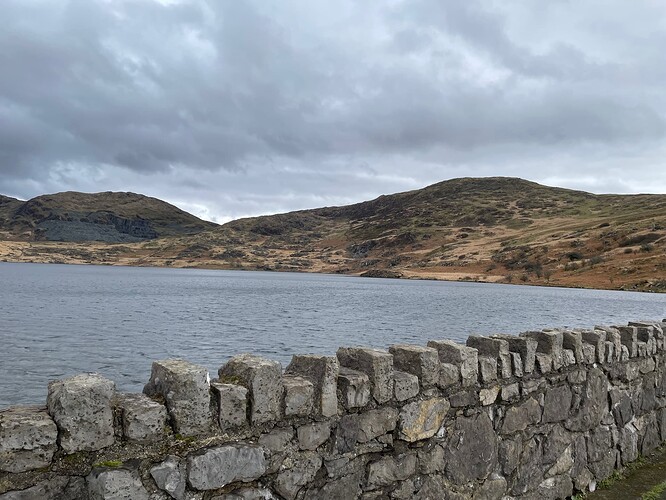 Time to begin my ascent to ‘Moel-Ddu’ GW/NW-045. This was a gradual 2 mile climb to the summit with some nice views when the clouds cleared on times. 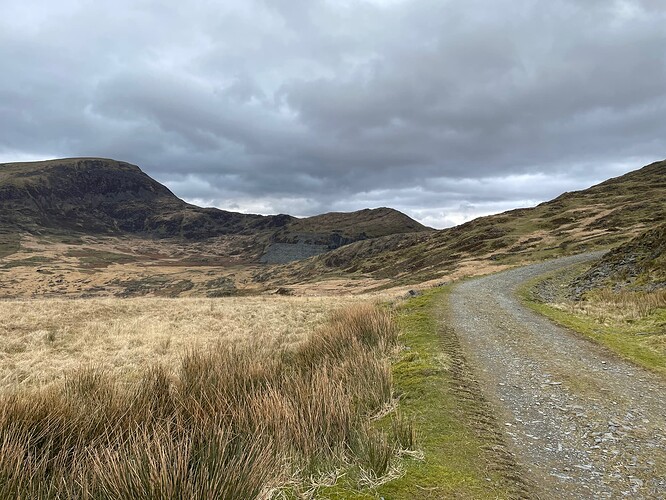 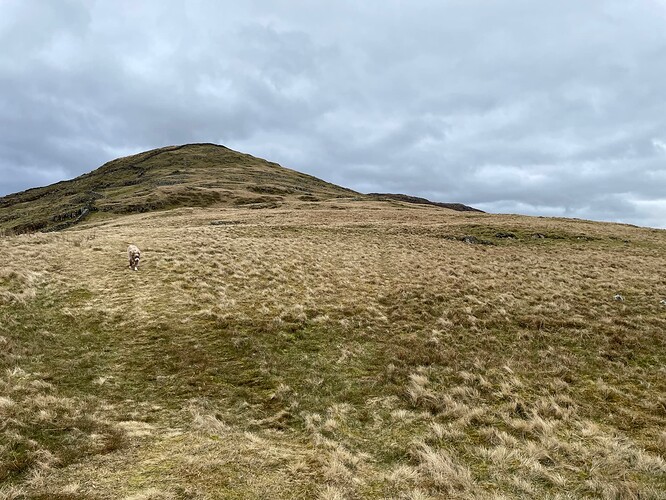 As I approached the last 100 yards, there was a style to climb over and a vertical climb of about 50 yards and I was there at the summit stones 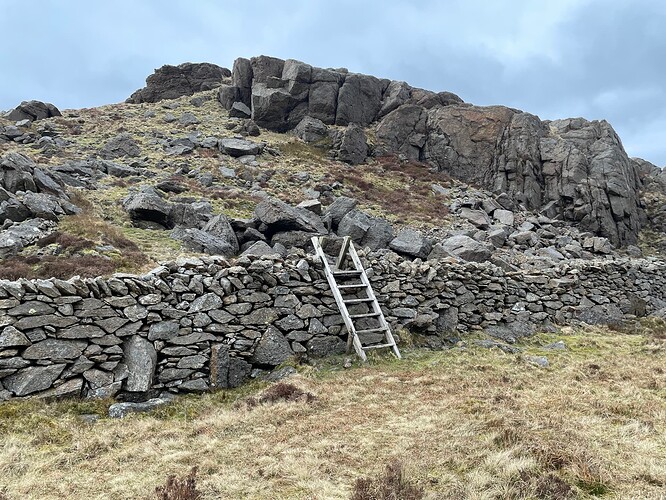 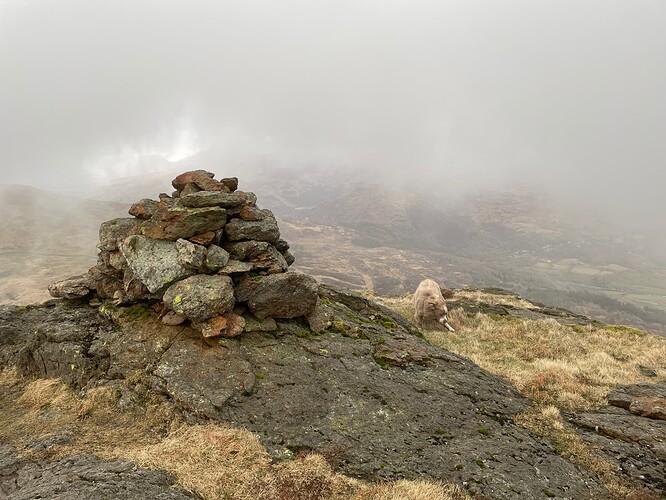 Set my station up and the heavens opened with a hail storm followed by heavy rain. I was glad this was my last activation of the day

put a CQ SOTA call out and managed 5 itl. I packed up and jogged most of the way down with rain hitting me from most directions. Arrived at the vehicle and made my way home.
At 03:30 the next day, the alarm clock went off and by 04:30 I was on my way down to GW/SW land to compete the four 2-pointers I had left to do. Nice drive down but there was heavy rain in the air. Luckily as I arrived to park up to start my first summit of the day, ‘Coity Mountain’ GW/SW-012, the rain had stopped - bonus!! I followed an old stone track and veered off right which took me to the summit. 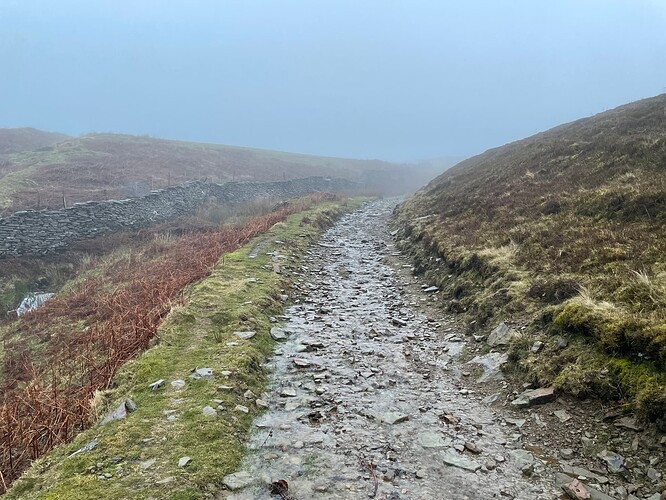 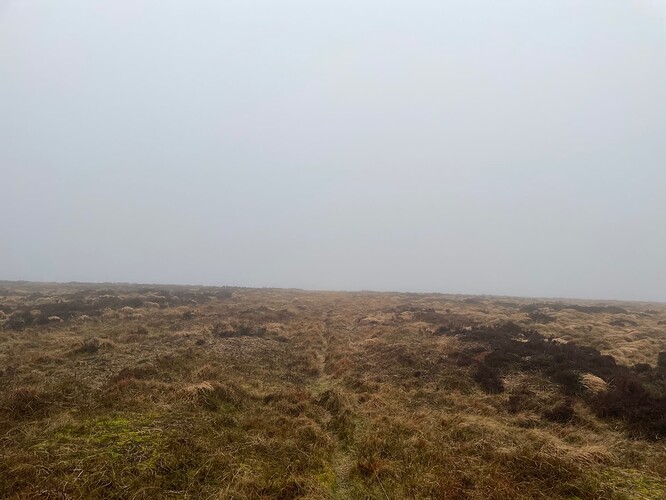 I began calling on my FT5D handy, but was getting no luck. I think it was because of the time 07:00

so I set my 4m pole up with the slim-g and old faithful FT-65 and put a call out. Managed 4 early birds itl. 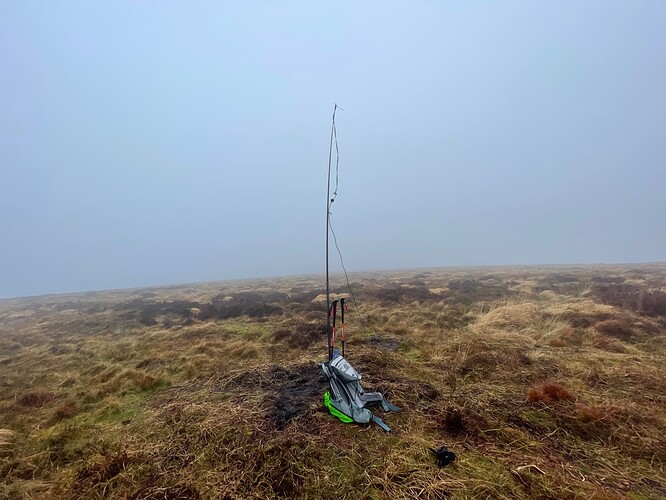 Put a final call out and made my way back to the truck. Ok, off to summit number two of the day, ‘Mynydd Carn-Y-Cefn’ GW/SW-014. I managed to park up close to a golf course and followed a stoney road practically all the way to the trig point. 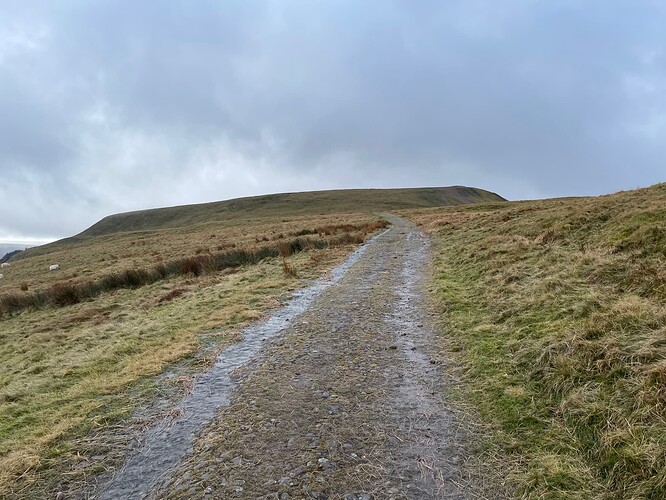 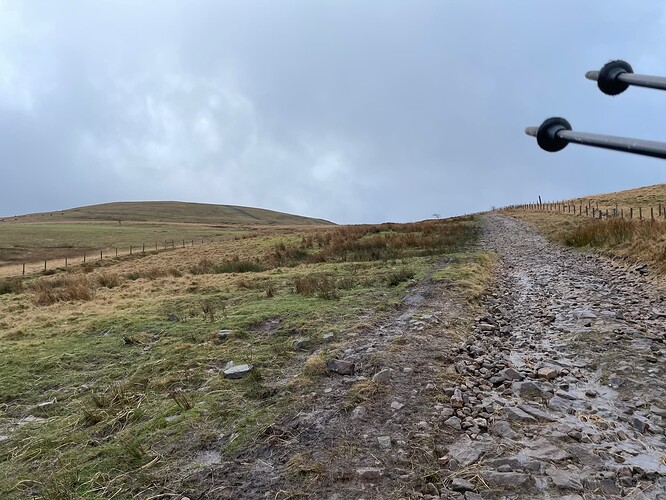 This was a lovely walk and at last the wx was on my side! Set up shop and worked a nice pile-up ending with 9 itl. 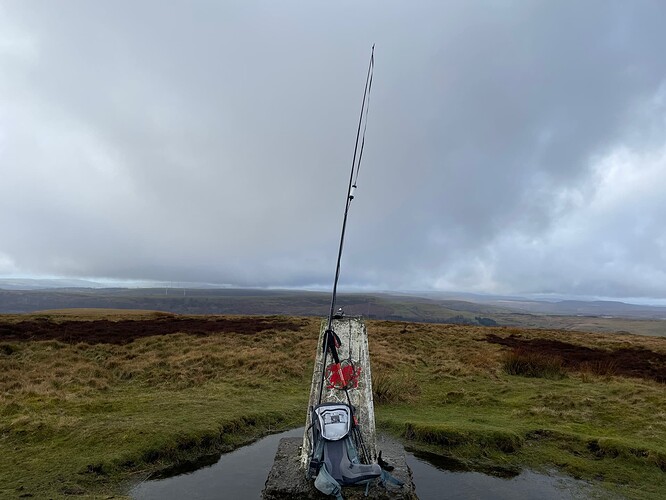 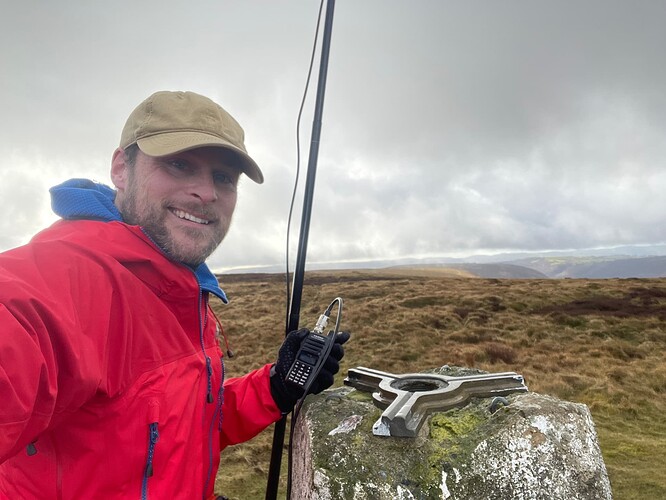 Made my way back down and plodded on to summit number three. So far I hadn’t seen anyone on my travels, but that was soon to change! Arrived at a busy and nearly full car park of the ‘Sugar Loaf’ GW/SW-011. This looked like quite a popular mountain to climb in SW. I passed a few people on my ascent and the top was quite packed. 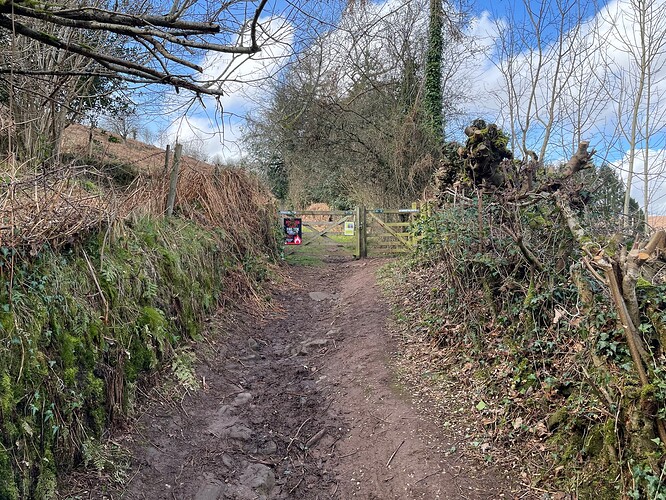 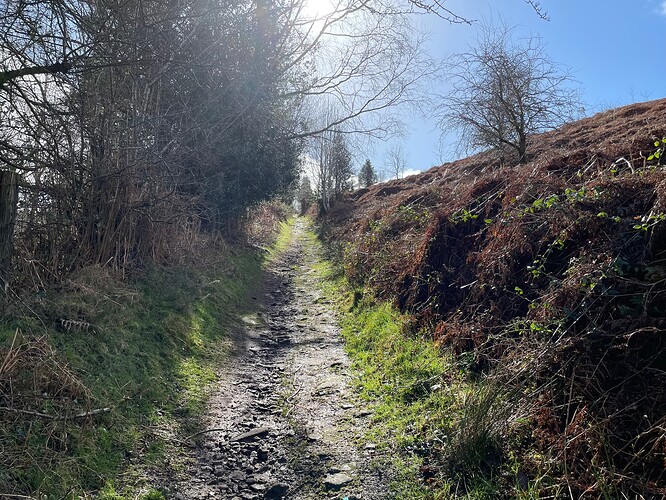 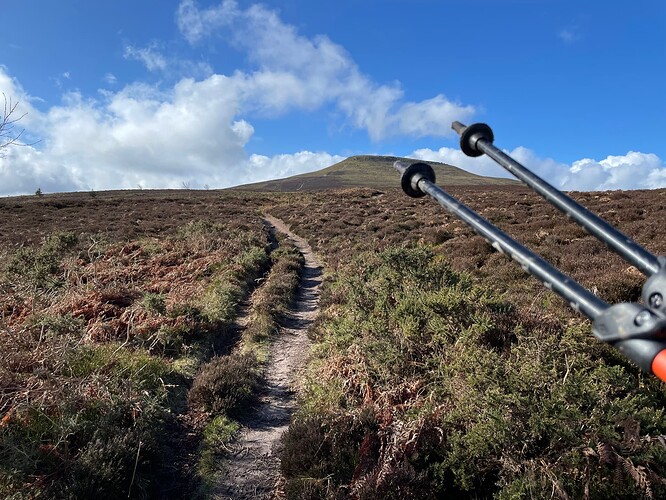 I couldn’t activate close to the trig, so picked a nice spot approximately 20 yards away and set up shop. 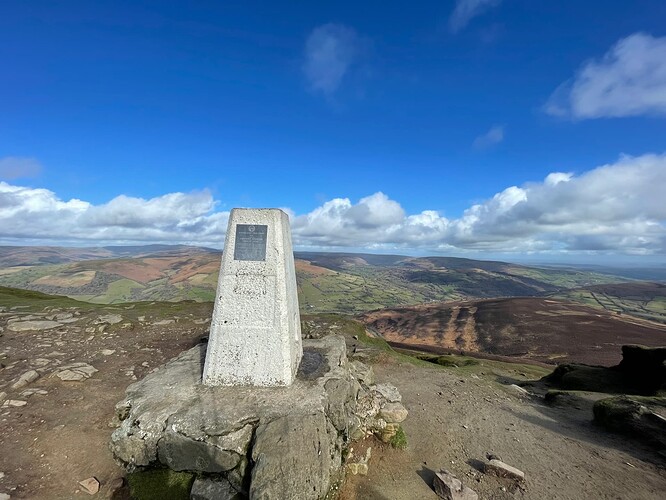 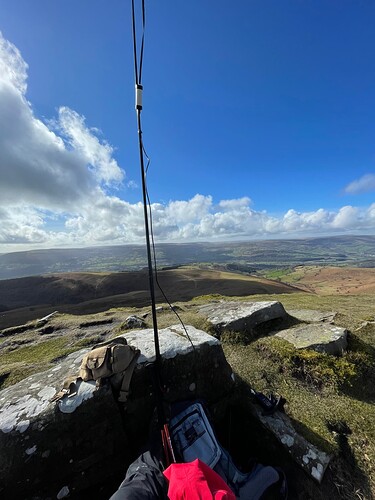 Put a CQ SOTA call out and again managed a nice pile up with my first contact being a S2S with Allan @GW4VPX who was activating in MW land. I finished off with 13 itl and made my way back to the car. It was time to hit my final summit of the day which looked to be the easiest. I drove to the car park of ‘Tor Y Foel’ GW/SW-013 which took me about 40 minutes and parked up. This was a nice 1Km hike to the top with nice views in all directions. 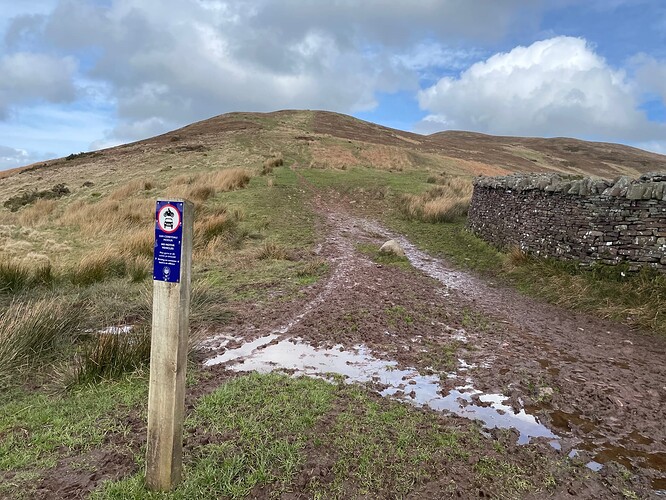 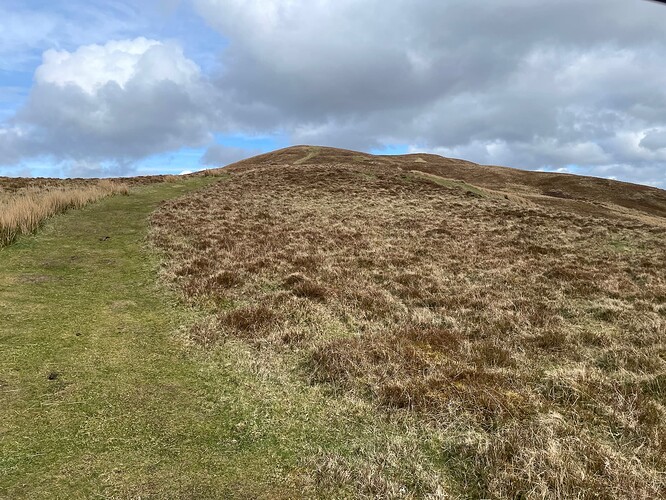 I set my SOTA office up just below the summit stones and managed to work 13 stations itl with 4 being S2S stations, GW0AZA/p Esther, GW0AZB/p Ian, MW0JSB/p Matthew & GW4TJC/p Simon. 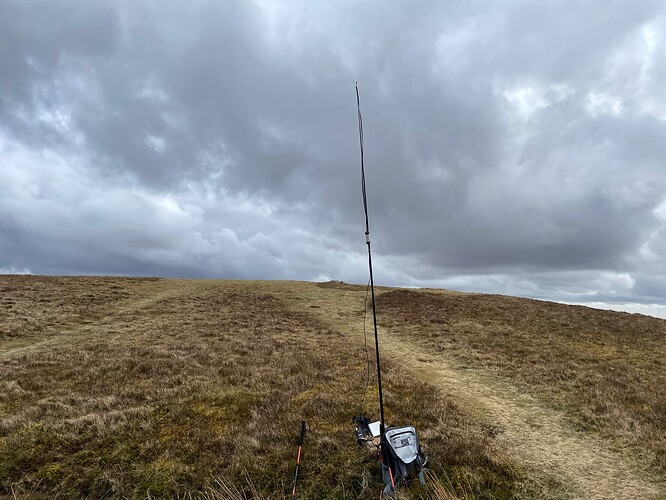 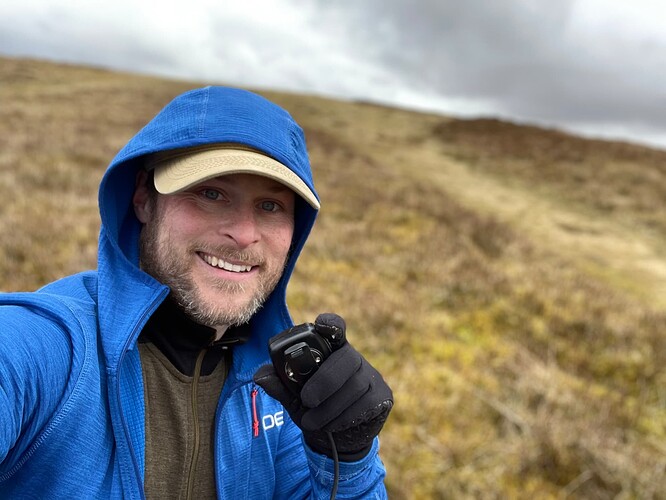 An excellent couple of SOTA days had with all types of wx experienced! I’d like to thank all stations that called into me - much appreciated! I now only have three 2 pointers left to compete in GW land, I’m hoping to find time to do them soon.

Thanks for another fab report and photos. Impressive work! Great to get a S2S with you yesterday, and thanks also for finding me when I was on GW/SW-010. Hope to catch you again when I’m next in GW land.

Congratulations also to Phil, MW0XTK on his first activation! Great to also get you in the log twice yesterday, Phil…

Cheers Matthew, it was great to get the S2S and as I just arrived home I heard you call on SW-010, so run in the house to get you

look forward to the next buddy. Next time your in GW land, maybe we could meet up.

Another epic run of winter bonus activations from you. Thanks for the s2s and for the chaser points on some of the others. I’m on my own run tomorrow and Tuesday in G/WB…a little more laid back than you😄.

look forward to the next and good luck for your adventure over the next couple of days.

. Well done with the activation’s.

Many thanks for your kind words

Thank you very much, I’ll certainly give Mr Brown a cuddle for you