A fun chase on the beach

Today my wife suggested going to the beach. We went to Hendaye, in France, at about one hour drive from my home QTH.
I decided to take a radio with me and grabbed the MTR transceiver to make it easy, a small 4m pole with a random wire and the ZM-2 tuner.

After setting the wire as inverted Vee and connecting the radio I saw with frustration that the SWR was too big.
After playing a lot with the tuner without success I thought I couldn’t run the radio…
Nevertheless, I tried a bit more and achieved a SWR of 3:1. Not good but I decided I would try chasing Sota. 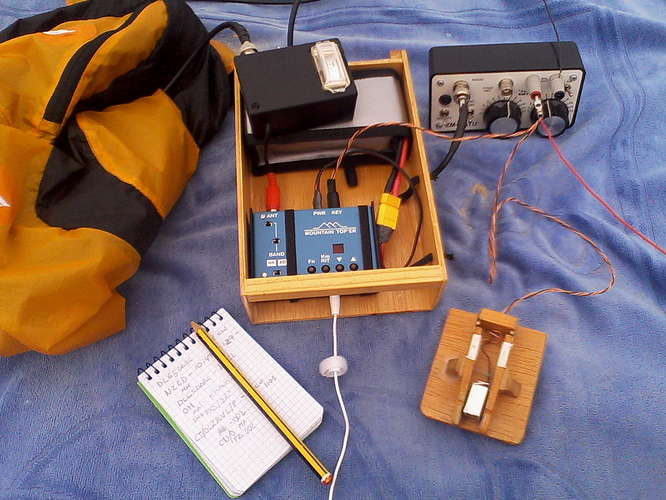 I tuned 14062 and stayed for sometime without any signal there. I decided to sweep the band and heard some stations in a contest. When going up back again I found a station calling in 14.061. It was CT8/DL2RVL/P calling alone for Sota.
I hold the breath, called him and could log it with ease. Wow!

I was really happy I could work him with my tiny station and the SWR problem. I stayed listening and send a spot for him because he was calling with no replies for long.

The day went well and I could log 3 other Sota: GD4RQJ/P, OK1LV/P and G4ISJ/P.
When ending with Pete I saw he was calling with no replies for some minutes and called him back again to explain I was using the MTR qrp on the beach and I told him I’d send a picture. Well, in fact I’ll send a video where Pete will see how he sounds with the sea waves in the background, hi. It was a really nice short qso.

I finished with it a surprisingly good day for chasing Sota. I think I would have had much more problems working them at home with the QRM issues in my city!

Some pictures so that you can see my “beach shack”: 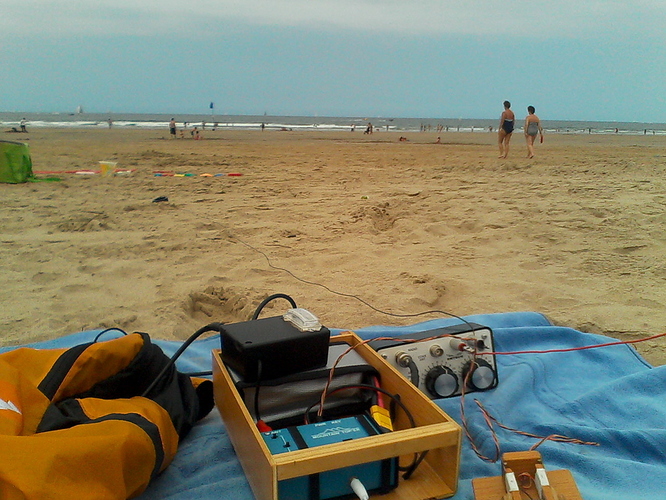 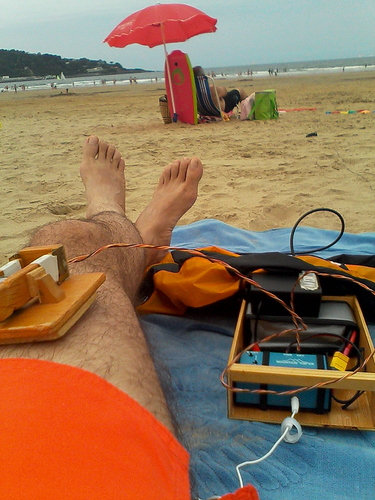 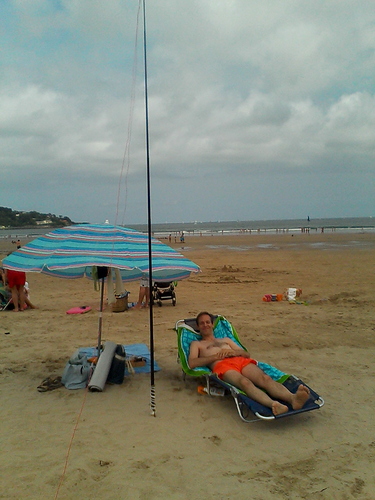 A more than happy EA2BD relaxing after the hunting…

If you have the chance, don’t miss the opportunity to work portable on holidays and say hello to your Sota friends…
VY 72/73 de Ignacio

Thanks for the call today.
You were a good signal, no problems at all reading you although condx on 14Mhz were very poor.
I like your beach shack, I was wet and cold

I know where I’d rather have been!
See the write up on the SOTA cycling weekend thread where you get a mention.

I was just EA2BD this time, looking at the spanish shore opposite the beach…

Sad you were cold up there! In my end, it was cloudy but little wind and a comfortable temp of 23ºC. I’m lucky you went on and didn’t turned back when on the rain!
And so funny to see we had almost identical WK with the EFHW and a MTR-2-MTR qso. So great!!

And I’ll try joining the cycling group next year, although the beach is a bit too far for it

Take care and have a good rest, VY 72 de Ignacio

Now take your counter poise and place it in the sea as the high tide peaks it does get interesting and also higher the tide the better.

many years ago we used to run Honda C90 motor bikes and have FM CB’s on them and spent many an evening with a related very high tide and signals certainly travelled a Lot further and got the wow factor when the Es kicked in.