A quick look down the “spots” will show how few UK stations are popping up on the summits during our second lockdown. I am included in this trend. This is in part because I no longer have any summits which I can activate for points from base home. I generally do not carry a smart phone so for any S2S’s, I rely to other stations calling me. I thank those stations.

Long Crag G/SB008 is only 15miles distant by car and the access path (about 1hr long), although muddy, is easy to follow. The hill is little visited by the public, with lots of space for aerials. This week, as physical and mental exercise, I have twice taken my gear up the hill, not to activate, but to chase S2S.

Watch for spots, tune the aerial, tune the rig, listen, net, call and pounce being the new way. It is not quick, it has sometimes taken me up to 15 minutes to crack the pileup, but I never failed to get in.

This cunning plan has been productive netting 11 S2s’s and 50 S2S points in under 3hrs.

The words “Summit to Summit” on ssb and /P on cw, working their magic in the bear pit.

For a new experience during lockdown, give it a try.

It’s impossible to do a S2S contact without activating

I was very pleased to hear you out on Long Crag G/SB-008 working the summits, mostly cracking the pile up before I was able to do so from home. Many thanks for allowing me to invade your S2S log to grab my 402nd SOTA Complete. Long Crag has evaded me on several occasions despite having made arrangements beforehand with a couple of activators, so I was very pleased indeed to have the QSO with you despite the changing conditions.

The words “Summit to Summit” on ssb and /P on cw

I wonder why most of CW SOTA activators in Europe seem to prefer pulling the attention of other activators by sending /P /P /P instead of the faster to be sent, more impacting and definitely more precise S2S S2S, which is mainly used by our North-American colleagues. I think this is highly preferable. The chaser sending /P and the activator giving priority to /P gives the cheaters the oportunity to have an advantage over the rest and harvest the QSO while they are simply operating portable but not from SOTA.
I admit having felt myself deceived whenever I have given the priority to a /P calling me, thinking that he was calling me for a S2S QSO, just to find out afterwards that he was operating from a GMA summit or just /P in a holidays location different to that of his/her base QTH.
I would like to highlight this issue and recommend all the SOTA operators (particularly the Europeans) to call S2S on CW instead of /P when willing to drag the activator’s attention in the pileup.
73,

It’s both. As evidenced by the fact that the zero point Long Crag activation on 08/11/2020 has been logged in the DB by David. I presume the 12/11/2020 one will as well in due course. Good stuff. Zero point activations are where it’s at. I’ve long subscribed to this point of view.

Good point Guru, I agree, in future when allowed out to play on the Summits again I will use S2S on CW

I will use S2S

I checked this during my activations and it did not work.
Much more succesfull for me is just to send full call including /P

I agree with Jarek. When chasing a summit to summit, I send my call plus /P. I am compliant with my licence conditions. The /P is last to be heard as the pileup quietens down.

As an activator I always call the /P first, it matters not if the calling station is out as a Sota activator, taking part in another programme or just out in the sunshine. From first hand experience the hill to station often has a limited battery and body temperature budget.

Over here we mostly send S2S, although some activators also send the /P. S2S is much easier to copy through the pile, and I have developed a magical ability to detect these S2S calls, even when there are many stronger chasers.

I started doing zero-point activations years ago, because in Colorado winters, the temperatures, winds, and closed roads get to the point that I’ve already activated most of the reasonably accessible summits for points.

Over time I discovered that making S2S contacts on a local summit was often more fun, as well as much faster, than driving and hiking greater distances for activator points. With the pandemic hitting last spring, we weren’t on total lock-down, but there was pressure to stay closer to home, so doing zero-point activations became my main mode.

Another point here is that many Eastern US SOTA stations activate so early that I can catch some of them from a local, convenient peak, but not from a more distant, time-consuming peak. The 2-hour time difference works against me, and I still miss many of these stations, particularly the early birds. In winter getting up in the dark, driving a long way, and hiking up through the snow when it’s still below freezing isn’t always justified.

Instead I have several closer peaks that I can drive to in an hour or less, and then hike up in an hour, often even in winter, so these work for S2S, but I get zero activator points. Several of these have few visitors, so they are relatively safe places to be in the pandemic.

On some weekends with lots of activators out, I can make enough S2S points to turn the game upside down. It takes a lot of time, practice, and patience, but the other activators are out there. Many of them are very enthusiastic about S2S, and most of the chasers are helpful as well, so the situation here is good and improving.

Working S2S also leads to many SOTA Completes - they go hand in hand.

There are several other activators in NA who are specializing in S2S in various ways. Some don’t even call CQ or try to work the piles of chasers, while others - myself included - call CQ SOTA on various bands. There can be too many chasers, but many of them are also activators, etc. Many S2S contacts come when calling CQ!

Part of the fun involves learning the habits of other activators, and listening for other S2S contacts - often one of the parties can be contacted by a third activator to create a new S2S contact. A simple “UP 1 S2S” sent at the right moment can result in a new S2S in the log!

These sorts of tricks and games are a lot of fun. The only bad thing I’ve experienced doing zero-point activations and S2S chasing is the frustration of missing countless S2S contacts that should have been possible. This is part of the game, and you have to try to balance the whole affair so that it’s fun.

We’re just now coming out of a week of snowy, intensely windy weather in the mountains, and it’s been nice having a break from activating and S2S chasing. On the other hand, the virus is spiking rapidly over here, and who knows how long we’ll be able to get out…

A cunning Cunning plan - a review.

I have now completed my 4th S2S chasing day on long Crag G/SB-008 with 110 S2S points logged. it has been time well spent (Covid free) in the countryside, whilst getting some much needed outdoor exercise. Keeping sort of warm on the summit for 4 hours has been the biggest challenge, base-layers 2, mid-layers 2, pile jacket 1, down duvet 1, trousers 3 pairs, gloves 2 pairs.

The first learning point has been that there is a flurry of activity in the morning, a dip over lunch and a few extras in the afternoon. It is now going dark before the first State side activations. Although navigating in the dark is not a problem, collecting the gear together is! So I have made my end time 15:15gmt.
The second point has been that even with the “S2S” or “/p” in my call, cracking the pileup is still often challenging.

Highlights included my first S2S outside Europe with AC3B in Pennsylvania on summit W3/PO-015. In an exchange of email, Jim explained that he nearly fell off his stool when I responded to his 15W signal on 20m.

Whilst waiting my turn, listening to the activators, has been a valuable opportunity to see how others operate. I have also changed my log keeping to identify the band and mode for each QSO, rather than at band/mode changes.

I have changed little with my equipment, still the FT857 and mostly a link dipole for 20. 30, 40, 60 and end fed dipole for 2m. Changing bands is a pain (but good for exercise and circulation), if one spot is on 20m, it guaranteed the next spot will be on 40! I did try a 20m elevated GP, but no great improvement but additional complexity.
One change has been to generally have the radio switched off during the long gaps between chasing to conserve battery power. Instead of my usual lightweight mobile phone, I have carried my smart phone so that I can see the spots, plus a “power bank” to top-up the phone battery. 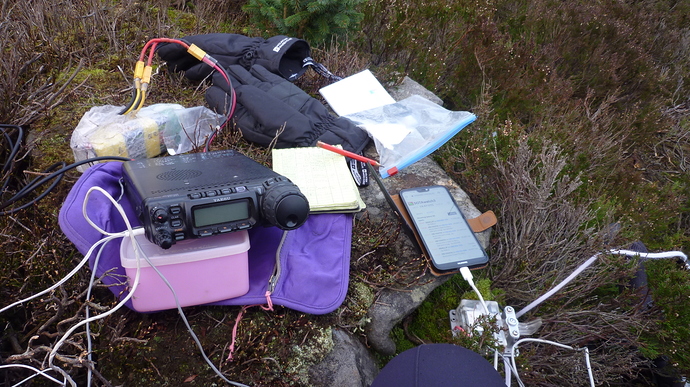 Finally, I am humbled by the linguistic dexterity of many activators across Europe, both on SSB and CW. Being able to seamlessly flip from Spanish, German, English or other language is outstanding. 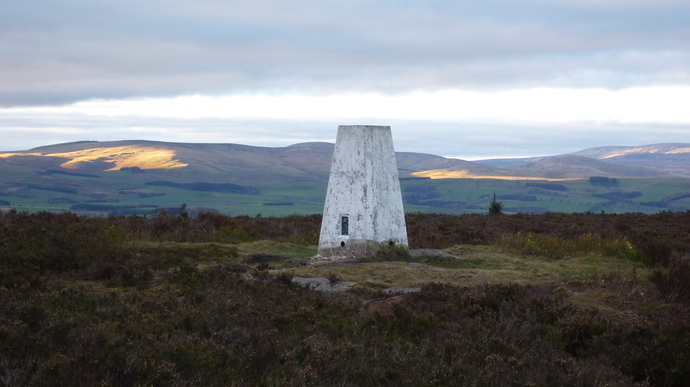 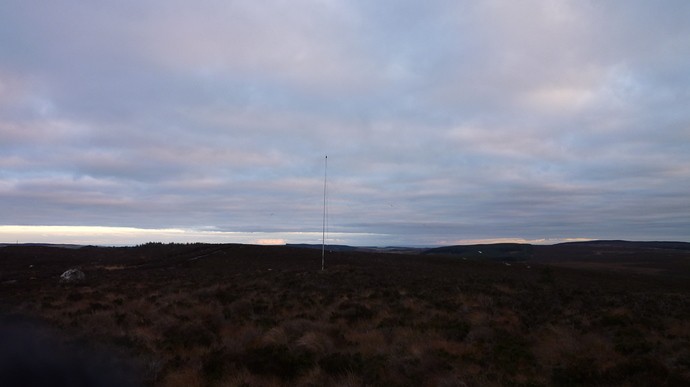 As always, thankyou to all of the activators, for your patience with old cloth ears!

What a wonderful surprise yesterday when you called me for an s2s. As you were calling I had thoughts of 'he’s not Alerted? and nothing on SOTA Spotter? I never realised until later that you were on one of your “cunning plans” day. Looking back we could have had a longer chat

Anyway, great to get you in the log and a change from cw.

73 till the next time and stay safe.