On the tail end of ‘The Beast From the East’ myself and good friend Nigel 2E0TUE activated Lambrigg Fell in the Lake District. This modest one pointer is an easy 20 minute walk from the main Kendal to Sedbergh Road (A684) and is home to the Lambrigg Wind Farm overlooking the M6 motorway. I parked up just past the entrance to the Roan Edge Quarry - the road is quite wide and, on a Sunday, was very quiet. Crossing the main road there is a gate sightly to the left with a public footpath sign that leads along the wall to the North and over to the wind farm track and buildings. 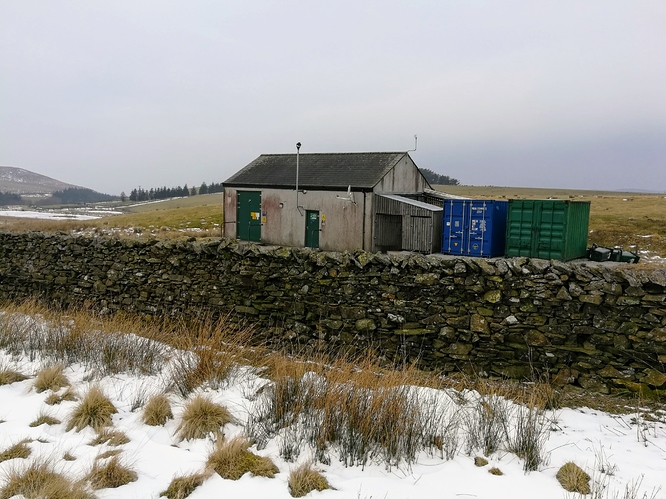 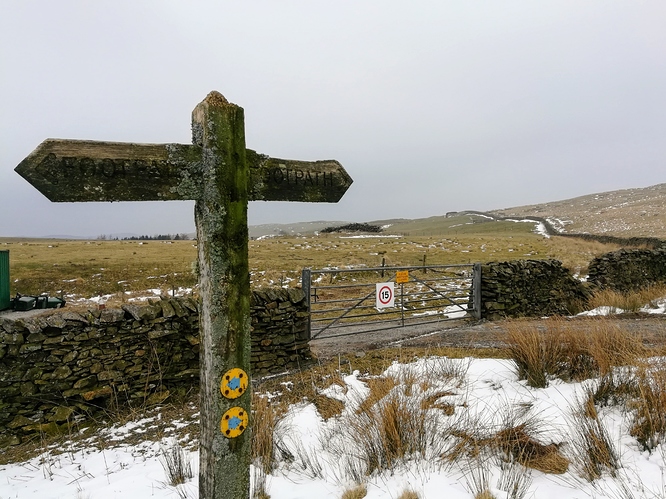 I followed the track to the North East before cutting back up the hill at the fork. There was a flock of sheep, clearly hungry, who decided I was the best bet that had come along in a while (not sure whether wielding an 8m fishing pole makes me look more shepherd!), they followed me a good while up as I ascended, bless em! Good job I don’t have any weird hangups about sheep! 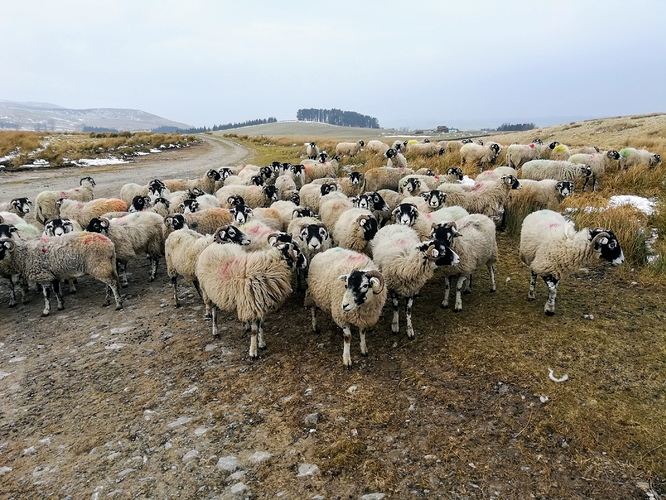 I spotted Nigel as I got close to the top (he came from the other side of the fell with his QTH close by). There are two summits on Lambrigg, probably within a metre or so of each other, but rather than cross the dry stone wall we decided to setup above the wind farm, well within the 25 metre activation zone. 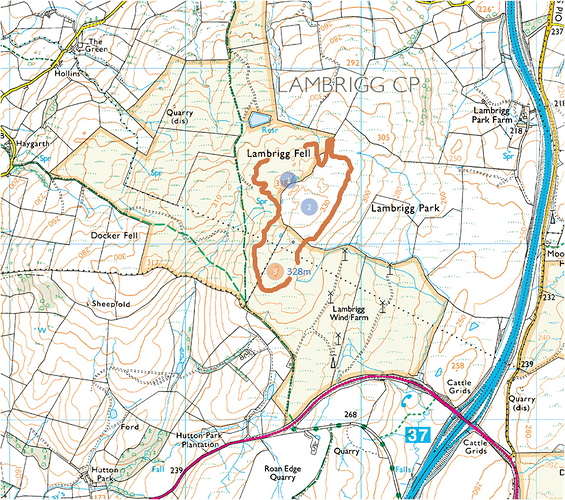 Nigel had brought his fabulous Terra Nova Super Quasar tent which was up and guyed within about 10 minutes and provided excellent shelter from a combination of hail, sleet and rain which fell sporadically throughout the activation. 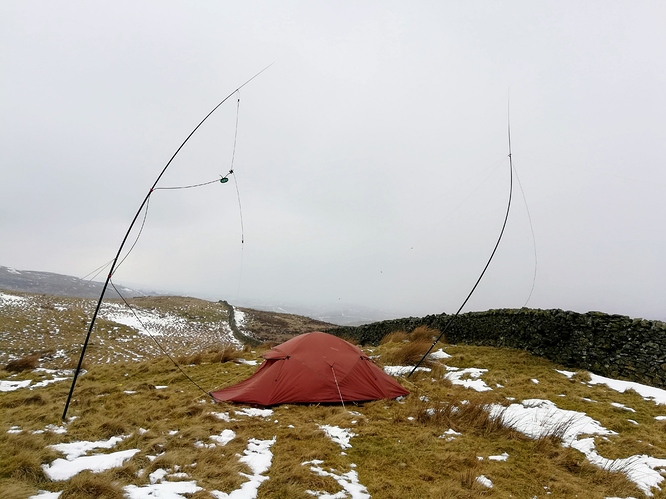 Nigel is a big advocate of 4m, even more so now he has a transportable case for his Simoco FM1000 so setup his homebrew 4m vertical dipole whilst I struggled in the wind to get the SOTABeams Quadbander 80/40/30/2m dipole to stay up in the air - in the end I opted for a lower mounting point which proved more stable and the antenna was to miraculously stay upright until just after we decided to call it a day.

We then alternated operating with myself activating 80m, 40m & 20m and providing brews via the JetBoil inbetween, Nigel activated 4m and 2m (on his beautiful Standard C120 handheld) with his more relaxed style of operation well suited to FM. I had to manually attenuate my voice and just calm down a little following the HF activations for the final 2m activation. I did get a 4m QSO with MW1FGQ which is my first on the band.
My equipment was an FT-817, MiNiPA50 45w amp using 5AH Lipos for power. I used a combination of Nigel’s C120 and my FT-1XDE for 2m. 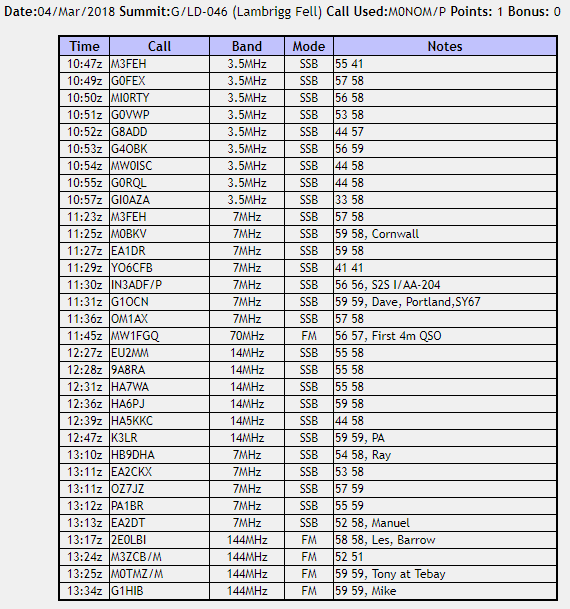 One confirmed and one attempted S2S: confirmed was IN3ADF/P on I/AA-204 but after struggling for 10 minutes with OE7HPI/P on OE/TI-690 I couldn’t copy his signal report under very trying conditions, apologies! A competition on 20m made operating conditions difficult (showing up the limitations of the FT-817 without crystal filters) but I did pounce on a helpful North American contestant, K3LR, giving the longest contact of the activation at just over 3,500 miles.

We were on Lambrigg for around 2 hours. Without the tent I think we’d have been getting proper cold after around 20 minutes, although huddling the other side of the wall and deploying a bothy would have helped but it would have been no fun and very inconvenient given the need to change antennas and bands. Definitely a big fan of the tent now! 2m FM was maybe a bit flatter than normal without the expected contacts and HF was a little more sporadic than of late but all good in the end and we survived both warm and in high spirits for the next adventure!

Views towards the North Pennines and indeed into the Lakes (180 degrees of mountains!) improved throughout the activation. We did stop to take in the view at times. I have to say the addition of the tent made it somehow seem a more legitimate SOTA station and Nigel’s stories about trekking and camping up ‘proper’ Chinese mountains (21,000 feet+) in equal measure fueled my desire for more SOTA and made me content with the mountains around me (for now!) 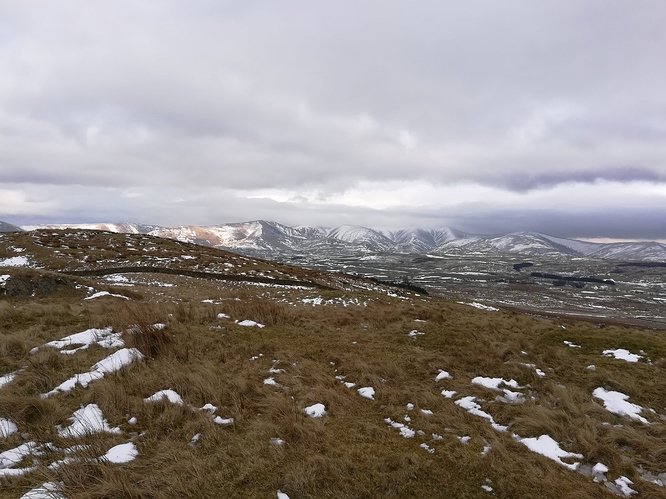 Lovely to speak to regular and new chasers, 80m is proving a very worthwhile band during activation and I’m hoping to get a 160m antenna going before the summer.
Thanks to Nigel for the tent, company and stories.

Check out the photos here: [https://photos.app.goo.gl/M5VpWaycTYc8AeQl2](http://4-MAR-2018 G/LD-046 Lambrigg Fell) and be sure to watch Nigel’s Video and the one with me being surrogate shepherd is quite entertaining too!