The weather had turned colder, and it was still windy, so despite heading for slightly lower hills we needed more layers of clothing. Despite that the snow shower on our second hill was unexpected. We did get some reasonable views of the Galloway Hills in between the showers.

Our first target was Wether Hill which we approached from the east so we didn’t see the wind farm until we were on the ridge. There is a longer walk in from the south via the wind farm but the approach from the Dalwhat valley looked more interesting. There is a rough parking area a short distance down the track which leads to Glenjaan at NX725936. We took the track to Lower Glenjaan where we took a track heading uphill through the farmyard with many free-range chickens of different breeds. The track headed upwards and we left it just after it crossed a stream to make our way uphill: steep but with some nice views up and down the valley. With the wind farm coming into sight we headed towards the wall junction near the 503 sub-summit of Wether Hill, where we easily climbed a gate to follow the boundary running west – a rough path which was wet in places. Crossing a wind farm road, we continued to the summit, marked by a wonky pole propped up in a few stones. 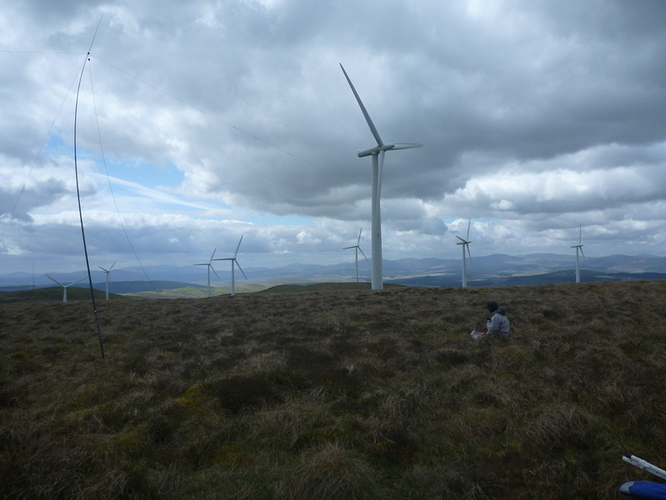 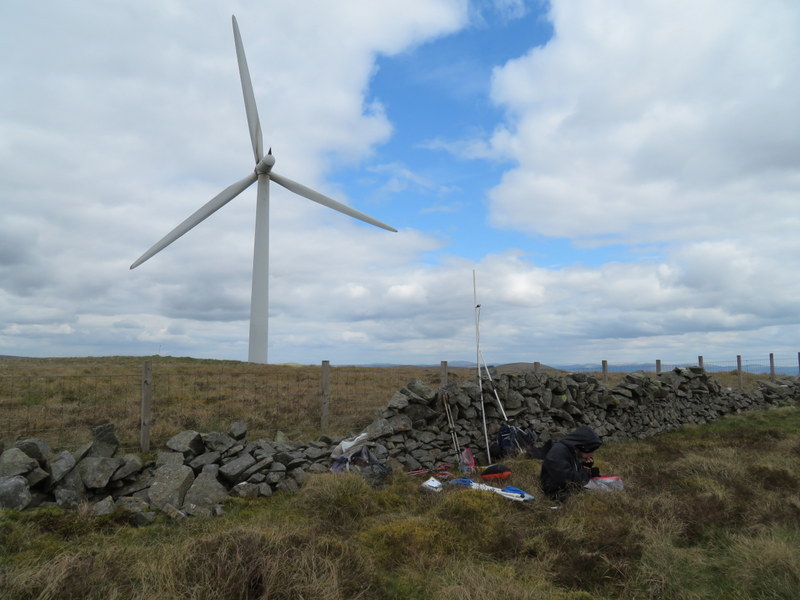 It was too windy to operate at the summit so we retreated south to find what shelter we could by the broken-down wall near to the fence. Caroline failed to get any 2m contacts in over half an hour of calling, so after Martyn had 12 contacts on 60m, Caroline moved to 40m which wasn’t good, but 10 contacts qualified the hill, with final calls on 2m finding 2 contacts. We retraced our steps back to the car but having safely negotiated the rough hillside Caroline then managed to go flying while walking back along the level valley gravel track: probably looking too much at the lambs frolicking in the fields! This resulted in some fairly impressive bruises which slowly emerged, but no serious injury.

We had originally hoped to do Fell Hill as our second hill but decided that we didn’t have time for the longer walk in, so went for the shorter walk to Bogrie. We drove along the gated road past Loch Urr to park on rough roadside near the track to Shillingland at NX784846. We headed over rough ground, which was quite hard going, making our way towards the outcrop of Cats Crag. We understood there should have been an ATV track heading up the hill but passing to the east of Cats Crag (actually topped by sheep looking down on us) we eventually managed to locate it above the crags. Once found the track ran almost all the way to the trig point which made for easier walking. 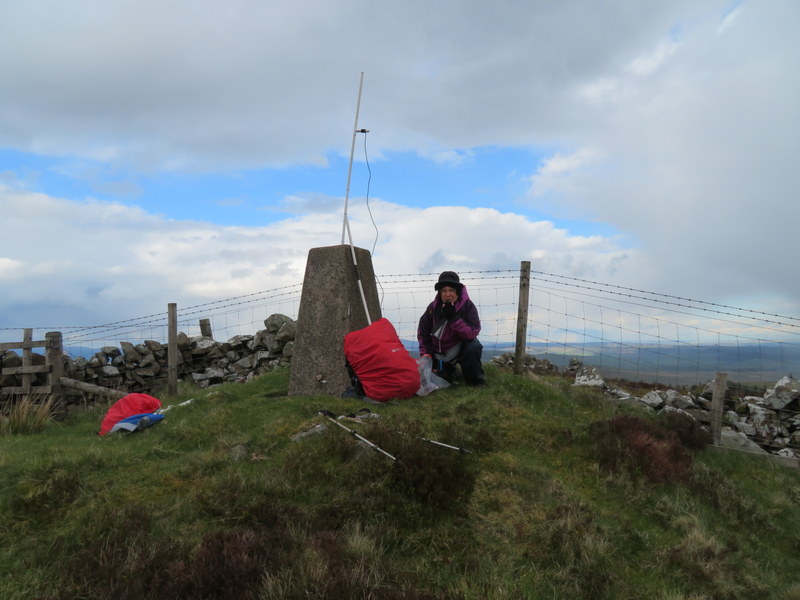 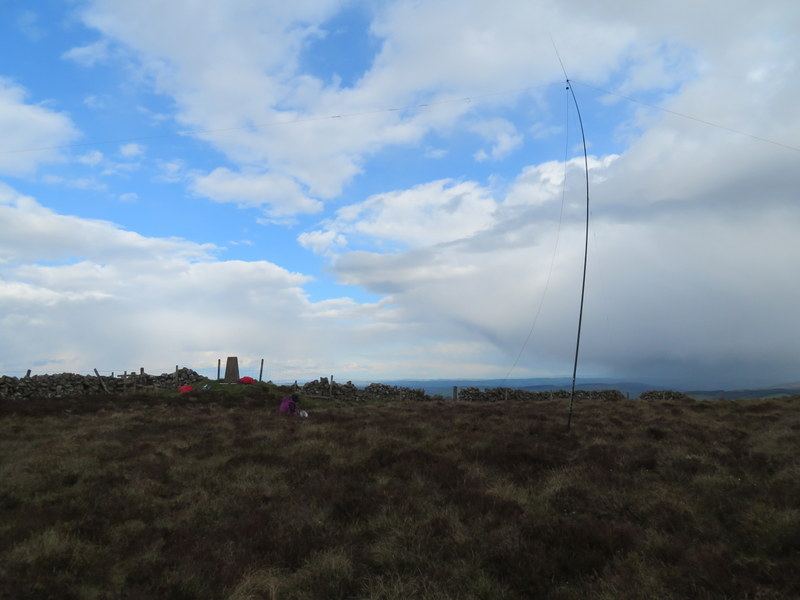 The trig point provided a suitable support for the VHF antenna and there was plenty of room for HF, though the ground was a little rough. It took Caroline half an hour but she managed to get 4 contacts on 2m FM, while Martyn was making his way to 9 contacts on 60m. During our time on the summit we experienced both a brief hail shower and a snow shower, though neither settled. Caroline decided to try to make her log a little more respectable by trying 80m which generated 5 contacts. The temptation to try 40m was resisted as we could see heavy rain over Fell Hill, which looked to be heading our way. We followed the ATV track on the way down and discovered where we had missed it on the way up – where it ended near the base of Cat’s Crag it was heading horizontally west to ascend to the west of the crag and not the east. Unfortunately, it didn’t go all the way to the road, but we found slightly better ground by heading towards the quarry remains by the road and then walking back along the road. We managed to get things packed back in the car before the rain arrived.