Dear SOTA friends, it’s that time again. This new month brings you lots of new summits, valid from the 1st.

I’ll start out by telling you about the EA7 update. Once again the excellent Spanish LIDAR resources have brought forth many new summit discoveries. This time I think the number is 538. Offsetting that are just a handful of retirements - two dupes and some with a higher neighbour.

I like to watch out for fun ones and this time my pick is a town: Iznatoraf, EA7/JA-133 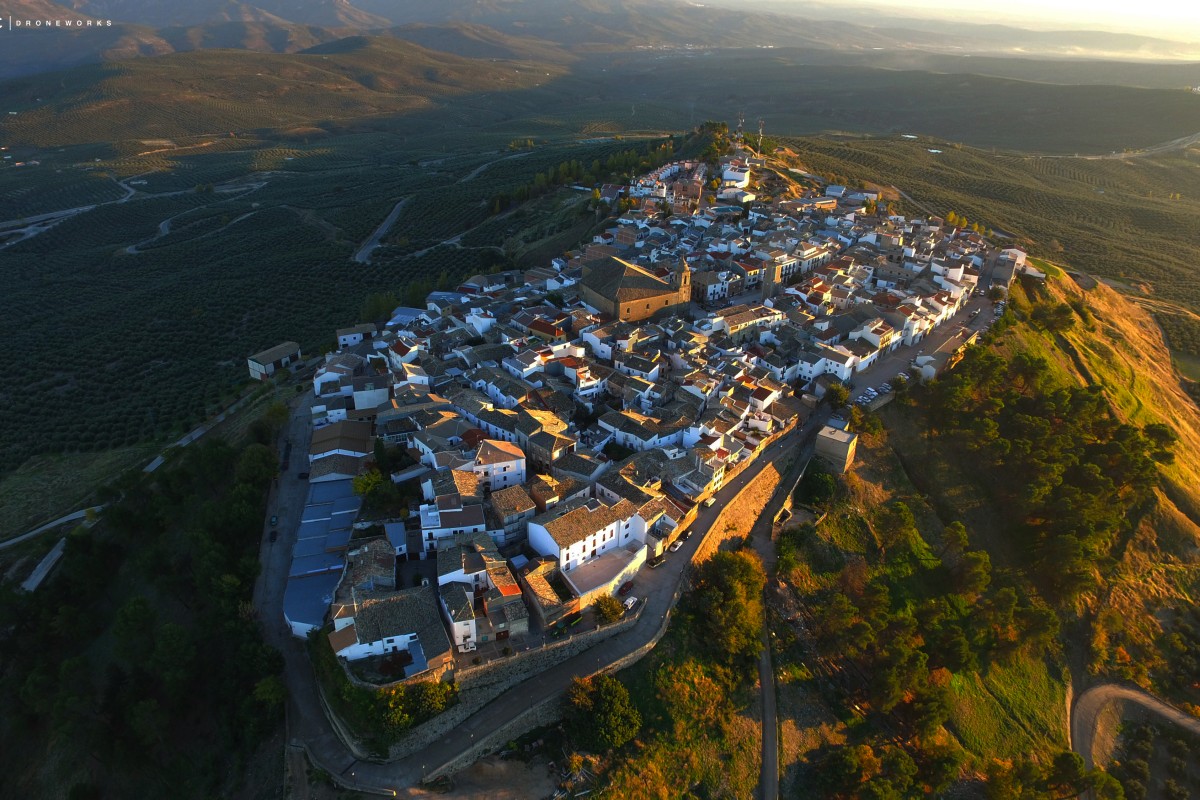 Most of the town is in the AZ!

Remember that the highest summit in mainland Spain is in EA7 - Mulhacén, EA7/GR-001. EA7 has got to go pretty high on my “must activate” list!

Also for this month is part two of the massive update for ZS association, this time focused on the eastern side of the country. Due to the sheer size of the update, and the time since ZS was last updated, we’ve chosen to split it into parts, and this is part two.

We have 202 new summits in MP region (and 6 deletions). Mpumalanga is part of the Lowveld between Johannesburg, Pretoria and Kruger National Park. There’s a bunch of summits close to Jo’burg and the Midrand, and a heap spread out in the game reserves of the area. Great summits, minor chance of mauling from varied big cats.

Following the coast around, we get 429 new summits in KN region (with 29 deletions). This includes a bunch of summits in the middle of the province, closer to the cities of Durban and Pietermaritzburg.

Finally, due to the size of the update, we’ve had to split the EC region into two: the new region being the low-lying counties of the Eastern Cape province, named EL. Both KN and EC are along the spine of the Drakensberg Mountains, and contain almost all of South Africa’s 10 point summits. There’s one deletion to be had from EC, but that is offset by 857 new summits; in EL, there’s 272 new summits, along with 10 moved from the original EC region.

So, over 1600 summits added in this update. There’s a similar amount still to come in the remaining Western Cape and Northern Cape regions.

Thanks to Brian ZS6BV and Sid and Adele Tyler ZS5AYC/ZS5APT for their work on Mpumalanga and KZN respectively, and to Warren ZL2AJ for his work on surveying Eastern Cape.

SOTAteers - I would like to introduce you to the association of Mexico Central, XE1. This new association boasts 4547 new summits making it the 3rd largest association in the system (just). It is made up of 14 regions which are based on the states of mexico, with Michoacan split in half to cater for all the summits. 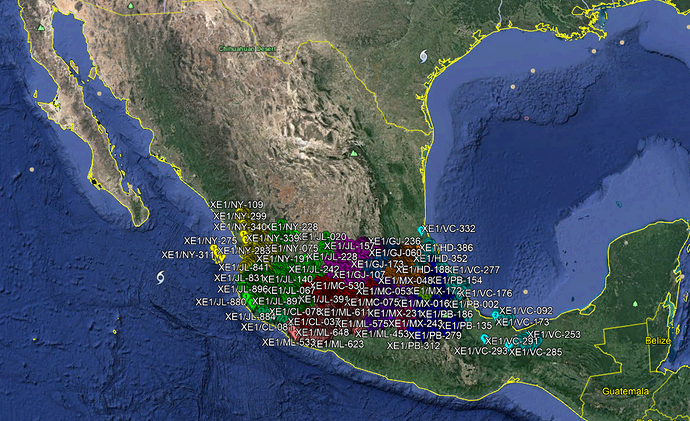 Included in this association is the summit of El Pico de Orizaba, at 5588 mASL this is a giant volcano for the expert mountaineers. 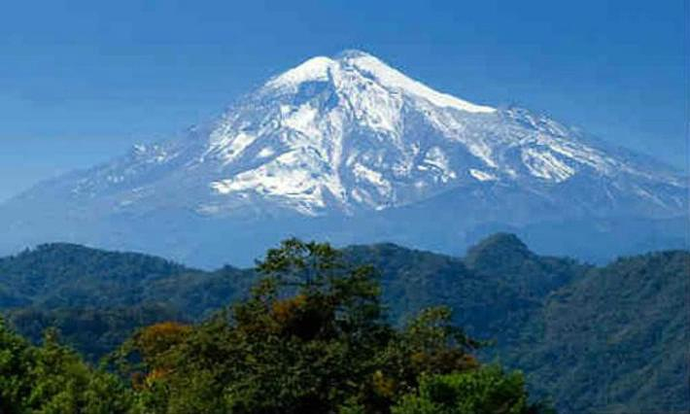 XE1 is managed by Jose XE2N who is excited to be joining SOTA.
This is the first association I have had the pleasure of adding into the system as part of the management team. I hope to bring you more associations to add to the mix as time goes on.

Also being added to the September new association list is Israel - 4X. Israel brings with it 25 new summits in 2 regions.

Mountains include Mount Meron and Mount Ramon, to summits that are in the middle of suberbia. 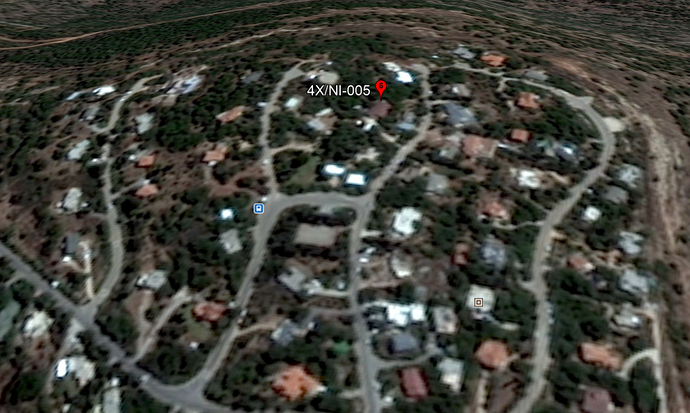 There is something here for everyone. Richard 4Z4DR has taken on the role of association manager for this new association.

Thanks to Simon G4TJC and Andrew VK3ARR for helping me get these associations loaded, and the new association managers for stepping up and enabling the associations to be included into the program.

The W4C (Carolinas) association has had a few updates in it’s August 2017 revision of the ARM. W4C has lost three summits due to not meeting the prominence requirements based on the latest data available, but has gained seven new summits. The new summits added are due to the normalization on a 150 meter prominence rather than the 500 foot prominence requirement under which many North American associations were created. Additionally, W4C now has a winter bonus for summits over 3000 feet in elevation.

Here is a list of the new summits that have been added. Who’s going to be the first to activate them!

And the summits that have been retired, all unactivated and never to be activated.

One more small further update to note is that SP/BI-012 was retired. This was a border summit duplicating UT/CA-234. Because each summit should have only one reference we retired the SP reference on the basis of more of the AZ being in UT, with the agreement of the AMs.

And yes, this does mean you might hear SP calls activating from the UT summit, depending on the operating location within the AZ.

Please note that there are a good number of SP border duplicates with OM and OK which will be eliminated very soon.

Many thanks to Bart for the analysis.

Please note that there are a good number of SP border duplicates with OM and OK which will be eliminated very soon.

Can you tell how soon will it happen?

I’m not sure of the exact dates, but the summits are not being deleted, just the multiple references for each summit.

Very soon. But this makes no difference to how we activate as we shouldn’t be using multiple refs anyway!

I never used multiple refs and never had a plan to do so. I just want to avoid a situation where i could possibly activate a summit with a ref which is not available anymore.

Ok Darek, I understand your concern.

I’m expecting to make the changes in the 1st October updates and will announce the retirements at the time.

Thank you for info Simon.