I’ve just found that my 23cm yagi fits into the packaging from a commercial “white stick” colinear. In this case Watson, though I think other makers use simillar display sleeves.
This adds almost no weight, and makes it much easier to carry without snagging on things.
I spent some time pondering how to make a carry bag for it, then noticed this sleeve rolled up on a shelf in the shack :o) 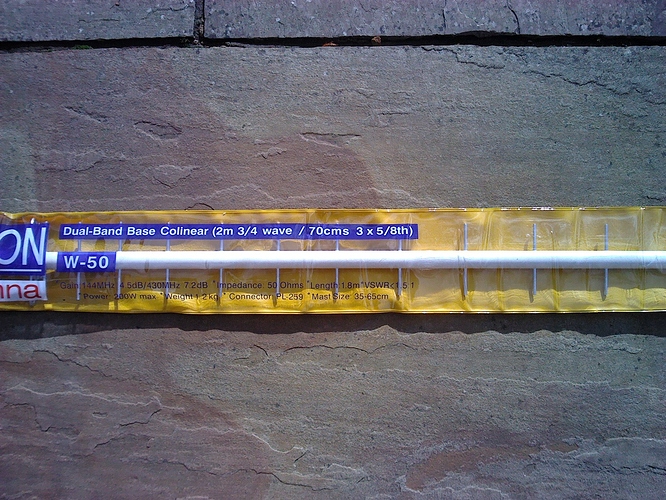 Here is my latest addition to my collection of homebrew 23cm yagi antennas.

I have constructed an ‘all brass’ robust 6el yagi for SOTA. This DL6WU design employs a gamma match. I used VK5DJ’s ‘Yagi Calculator’ software to determine each element length and spacing. Element lengths are within 0.01 mm, while element spacings are within 0.5 mm. 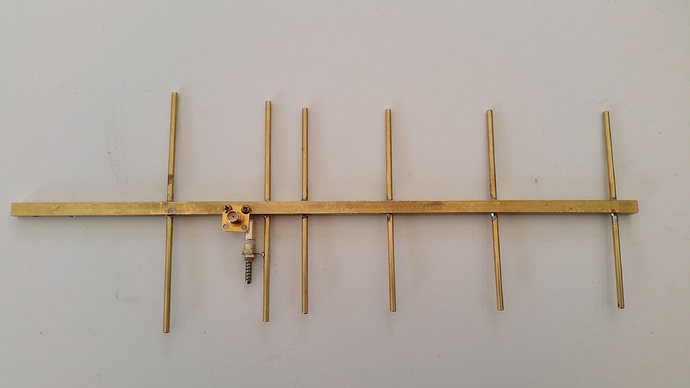 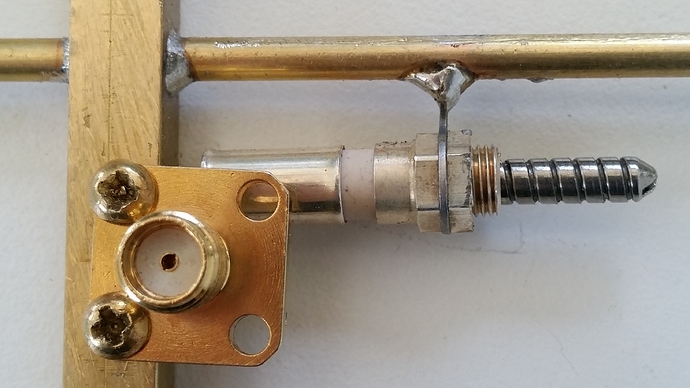 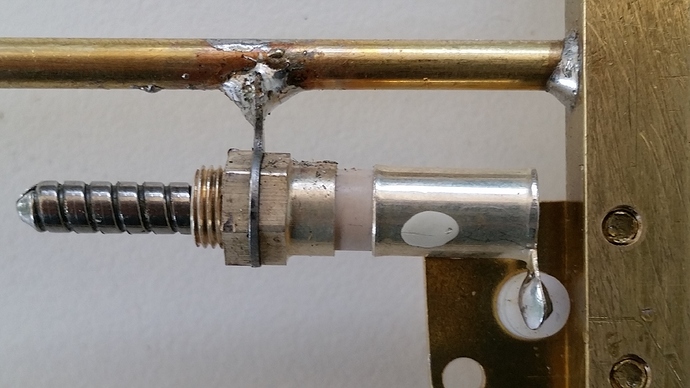 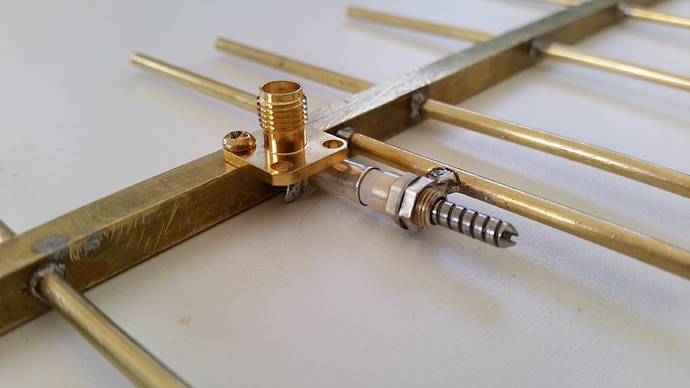 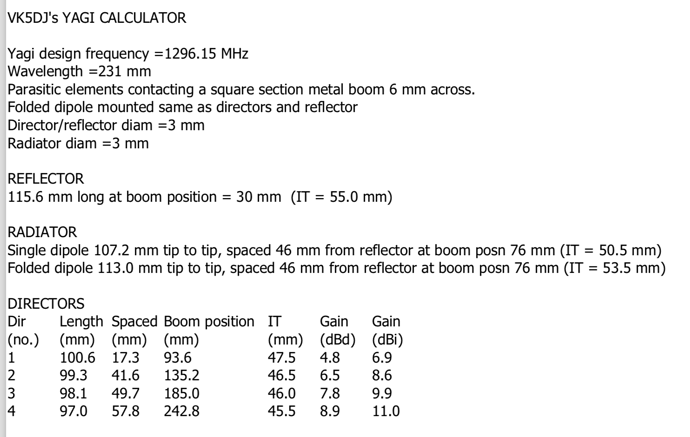 The antenna is 4.7mm Al Rod and the DE is brass tube. The boom is 15mm water pipe and if you use a 4.5mm drill the interference fit will hold the elements in place. I only had a 5mm drill to hand so hold the elements with cable ties. The DE is held in place with a modified pipe clip.

The whole bundle will sit on the top of a fishing pole at 4-5m AGL. With 10 elements the beamwidth of the antenna it wide enough to make alignment not too critical. It can be mounted horizontal or vertical with a minimum of effort. 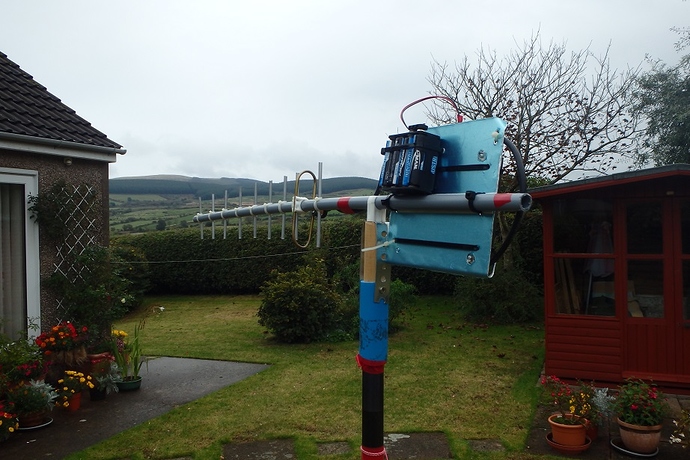 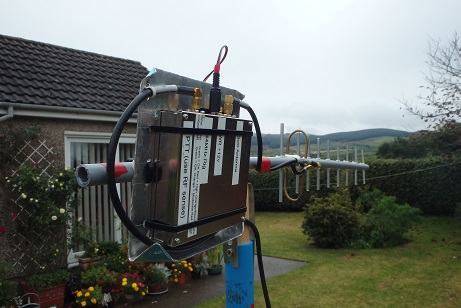 Pleasing to see others experimenting with homebrew design and construction. Achieving the first QSO on a hombrew 23cm antenna provides immense self satisfaction. I bet you are proud of your efforts, well done

Construction of a homebrew 23cm HB9CV.

Finally got around to making a Bi-Quad for 23cm. 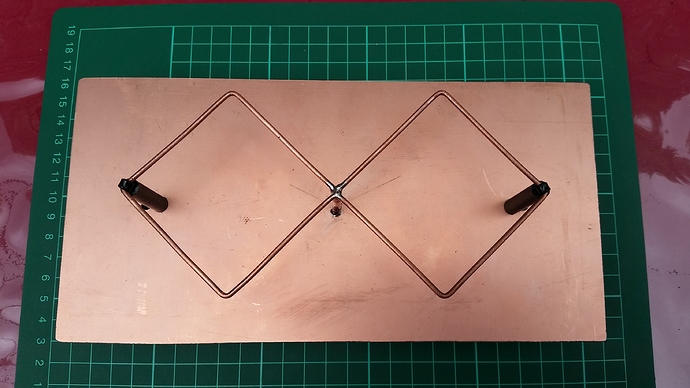 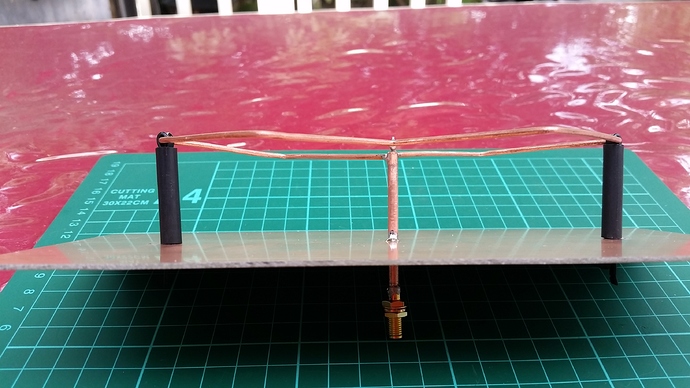 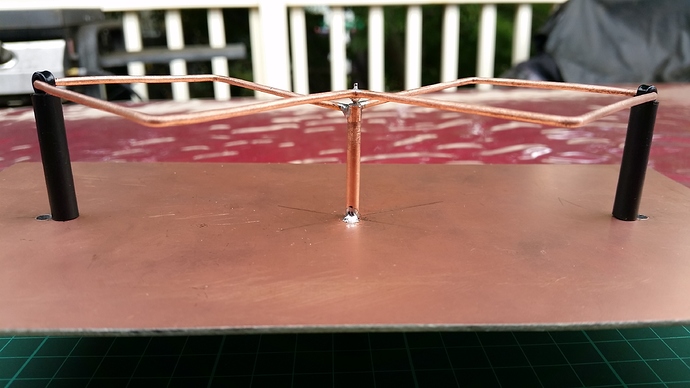 That’s really pretty and so much neater than mine.

What did you use as the two standoffs?

Two 32 mm lengths of plastic sprinkler riser tube. Each end is secured by a cable tie. The whole antenna assembly is quite rigid.

what are the dimensions of the reflector? What’s the scale, cm? Have you already tested the bi-quad against another antenna?
I’m asking because I’ve just built a 23 cm bi-quad with a 240 x 160 mm reflector. It’ll get hard to fit a bigger reflector in my rucksack.

The reflector is 231 x 116 mm. Yesterday I tested the Bi-Quad against my homebrew 6el yagi. The Bi-Quad had 1 S-point over the 6el yagi. I will carry the Bi-Quad in my hand, but only for summits where I’m not scrub bashing through dense aussie scrub.

Construction notes and test details at my SOTA blog. This post demonstrates the bush scrub I’m dealing with. Wade’s recent video demos the antenna in action.

Thanks, Andrew. This makes me quite optimistic. I thought my reflector might be a bit small since all biquad plans I found online have bigger reflectors. So I built the biquad from the scrap box just to test if the reflector is big enough to perform well. I wrapped hard paper in aluminium foil and mounted the biquad on it. I didn’t want to spent the money for a copper-plated pcb which equals a container of Lindener Spezial without knowing if the concept will work.

I think I’ll order the pcb.

The summit is heavily timbered with eucalypt trees, other obstructions include large Granite Tors. Best contact through the aussie scrub was with Matt VK1MA/2 along a 70 km signal path. Even better I worked Chris VK2DO in grid QF54CH due East on the south coast of NSW at a distance of 66 km. That’s 66 km as the crow flies. 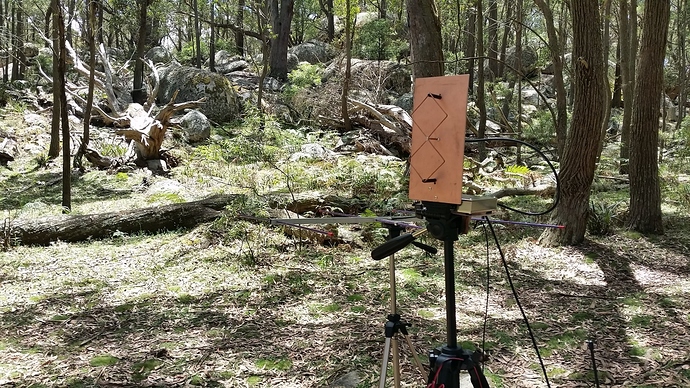 The signal path view to VK2DO as seen by the antenna 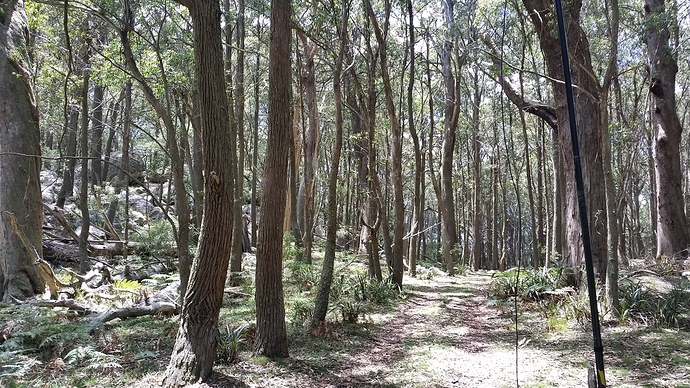 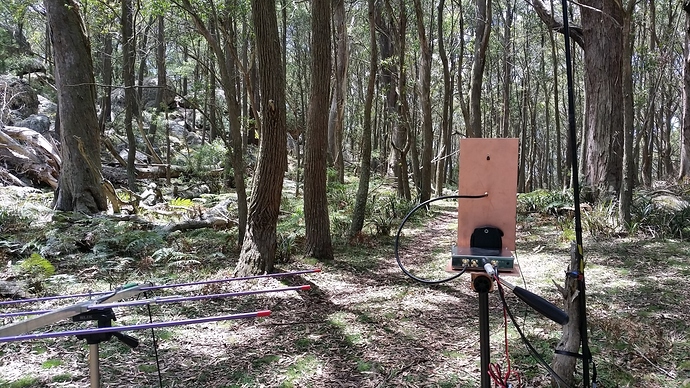 I wonder if vertical polarisation works better because of all the tree trunks?

Hi Andrew, interesting that you decided to operate towards the bottom part of the AZ - I normally operate on the top adjacent to the large boulder. Presumably you were trying to maximise path opportunities?

I think the next time I activate South Black Range that I will take a ladder up there with me so that I can safely get up onto the boulder and activate from there. No major benefit on HF, but should improve opportunities on VHF and higher.

I wonder if vertical polarisation works better because of all the tree trunks?

I would expect absorption and scattering to be greater with the tree material parallel with the electric field. I no longer have access to the neat little kit that we used to teach this sort of thing.

As I recall the students all assumed that our parallel wire grid acted as a cage to keep the waves in rather than warming up as an absorber. Perhaps someone is still teaching this and can give a proper experimental answer.

PS lovely piece of work that wood based Yagi antenna Andrew illustrated; no idea which Andrew or where I found that, so commenting here,

Thanks Rod for the feedback, yep I had lots of fun fabricating the yagi. Link to my blog below.

Hi Matt, that’s right, I was looking for a break in the trees. I set up about 7 vertical metres below the top boulder. The 25 metre AZ is halfway down the trail before exiting on to North Black Fire Trail. Loads of vertical space to find the best signal path out of the scrub.

Thank you for the link, Andrew. I will get out some tools and have a go.
73,
Rod

She’s not much of a beauty but wears all the copper well. 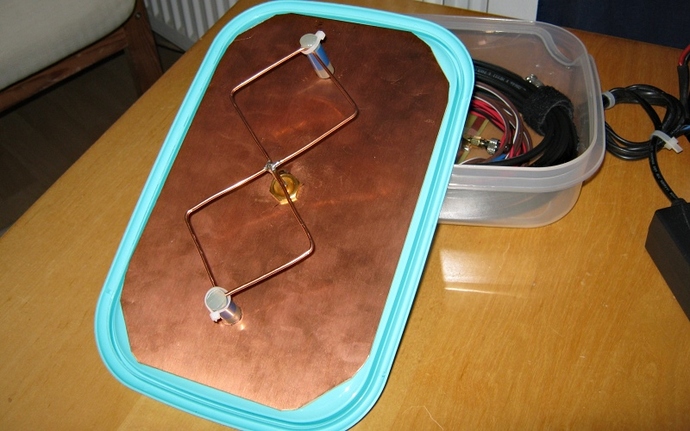 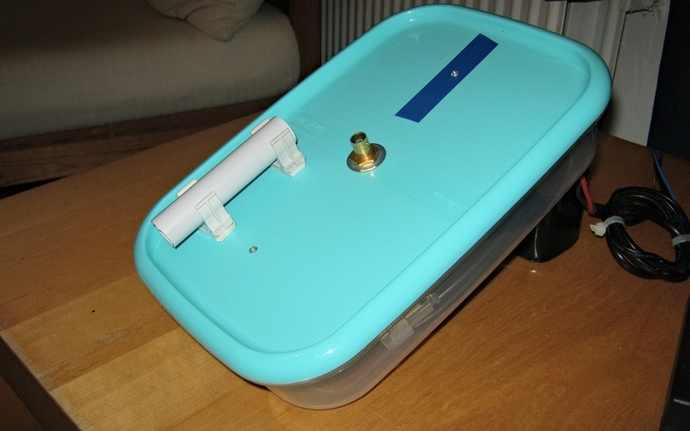 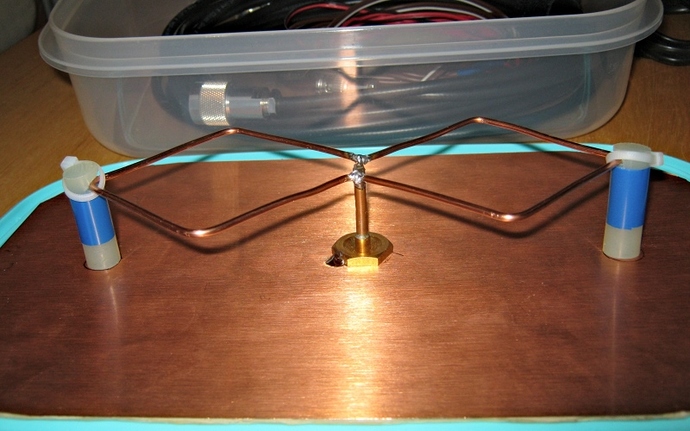