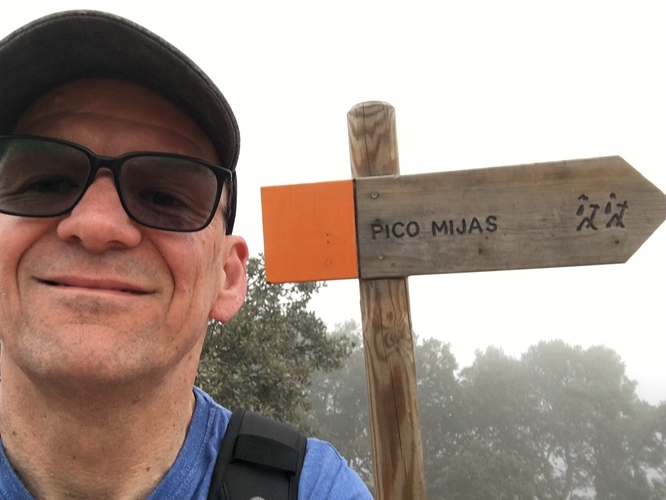 Today I went up this 1150 mtrs high mountain in Spain. The wx was vy good in the beginning. After abt one hour I was on the wrong track. So had to go back to the right “orange” track. It took me an extra 25 minutes. The last 30 minutes the clouds where vy low. So I couldn’t see the top anymore.
Finally I reached the top after 2 hours and 15 minutes. I build up my station. And I saw my antenna wire was broken. 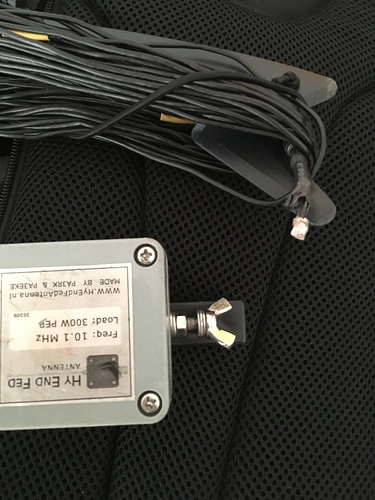 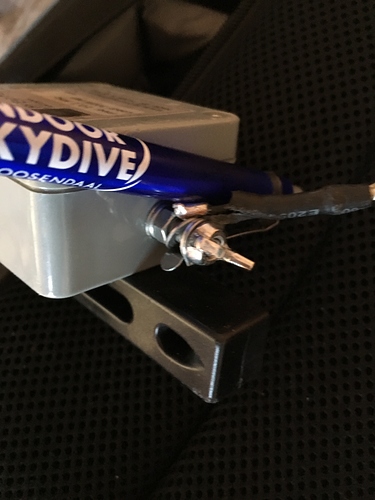 I used the metal clip of my third pen. When I started up my KX3 there was a S5 QRM. I tried ofher bands, and on 14062 I worked HB9BCB/p. His signal was vy hard.
After cq-ing on 30 mtrs, I decided to put up my station in another place. So after 30 minutes, I got back on 30 mtrs with no QRM. In the meanwhile I was getting cold in the fog. And it was starting to rain. So I made a quick activation. And worked not a lot of stations as I wished. After 5 times cq-ing, nobody answered so I went down. I heard a G4 station calling, but it was not strong to hear well. With gloves and a sweater. After 2 hours I was down and it was warm, abt 19 degrees.
When I’ll back home I will upload the youtube movie.

Thanks for all the chasers. 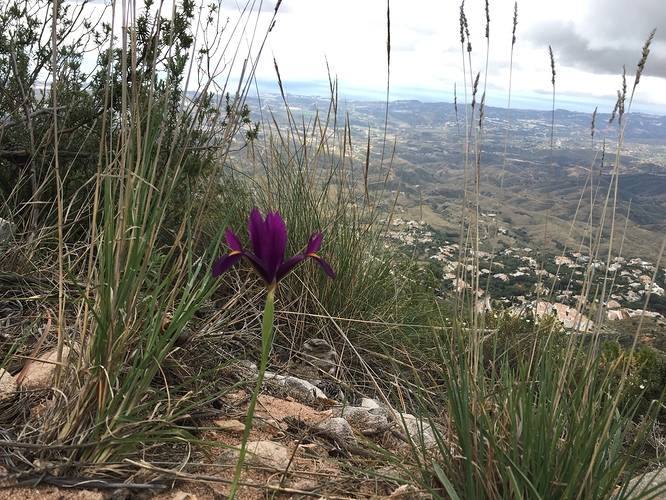 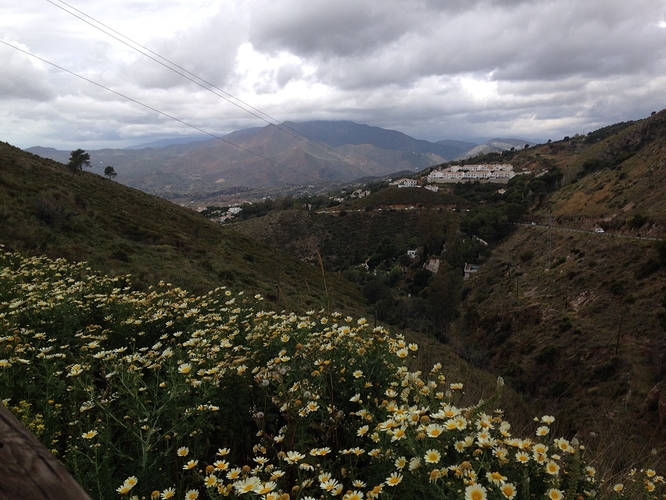 I was the G4. You weren’t very strong and it seems my signal to you was no better! Ah well, another time.

Here is my video.